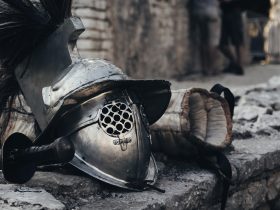 The Best Games for History Nerds

A wise man once said, “A man is only as good as his tools.” A professional gamer’s greatest tool is inarguably their computer, so what kind of machinery are they playing on? Is your computer the thing holding you back from following in their footsteps? We’ve done the work to answer all of these questions and more!

What Kind of Computer do You Need to Play Like A Pro?

You’ve never seen a professional marksman with a rusty rifle, nor a professional baseball player with a crooked bat. No matter where we look in this world, having the right equipment seems to be a necessary first step to achieving greatness. How does gaming fit into this paradigm? What kind of computers do the best players this world has to offer game on?

It’s important to remember the range of games pro gamers can play is massive. Each has its own unique technical requirements. From simple games like Solitaire, which you can play here, to games with endless complexities like Crusader Kings, a gamer’s computer can often be a reflection of their choice of game. If the game you love most isn’t very demanding, upgrading to a top-of-the-line machine won’t make any difference to you. Not to mention, in many games, pros will intentionally turn their settings to the lowest possible in an effort to reduce visual clutter and improve their play!

For the gamers who do value performance, you’ll rarely see them using a prebuilt machine. A professional gamer often spends the majority of their days at their gaming PC. It’s not something they view flippantly. Just like a professional chef doesn’t buy premade pasta noodles, a professional gamer is not likely to purchase prebuilt computers. The reason some famous players don’t have a home-built PC is often because they’re a part of a sponsor deal! If you’re really interested in a high-quality prebuilt PC, look up streamers of your favorite game, and check their bios for sponsors!

What Should You Prioritize?

For a very successful pro-gamer who at all values computer power, it’s almost definite they will have an extremely top-of-the-line machine! GPUs, and CPUs from the current or last generation. There’s only one thing you have to worry about when making a gaming PC. Your computer only needs to be powerful enough to play the games you like in the highest settings! Anything further than that, while helpful for longevity, is completely unnecessary. If a pro wants to ensure they can play any game they want at the highest settings, a GTX 3080 should be plenty.

Going Above and Beyond

If making a gaming PC so powerful you know it’ll never hold you back is your goal, there’s one quality you should ensure your gaming setup has covered. Hertz (Hz) is the number of times your monitor refreshes per second. If two players are equal, the one with the higher refresh rate will always have the advantage because they literally see more! When something new appears on their screen, they’ll be able to react almost instantly! Getting a monitor and computer that can both handle 144hz can have a huge impact on your gameplay. Anything greater than 144hz is a marketing ploy and makes virtually no difference to the human eye.

The Machine Doesn’t Make The Man

When it comes to gaming, maybe the tools aren’t that important after all. There’s no industry standard for professional gaming PCs. It really comes down to each individual, the games they play, and the things that are most important to them. Finding just two gamers with identical machines would prove a challenge!