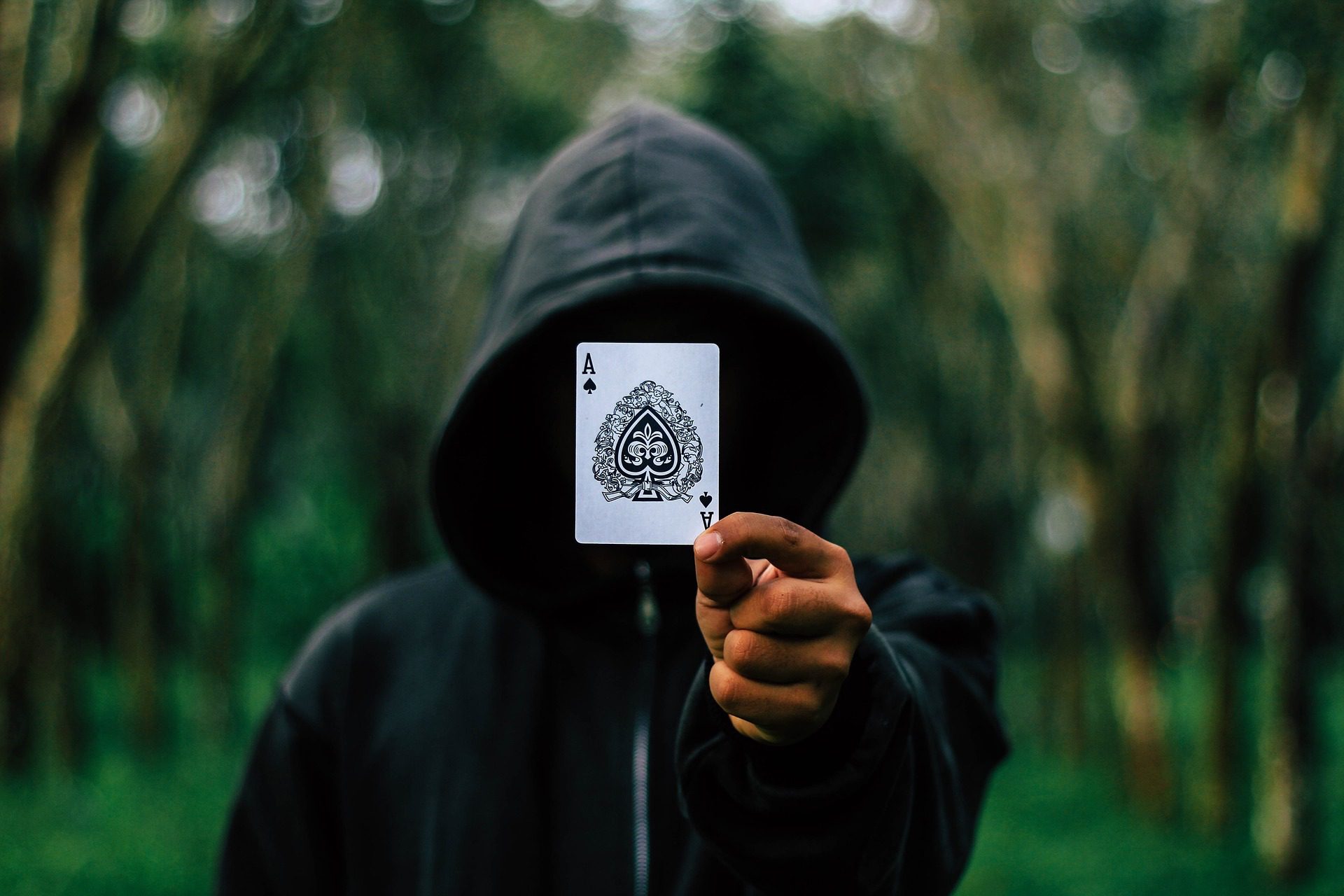 The USA Cozying Up to Decentralized Poker

The history of esports Dota 2 has almost nine years. However, even in such a short period of time, real legends have appeared in the gaming community, the achievements and games of which gamers all over the planet never tire of admiring. Today, journalists from authority gaming news website share with us their thoughts on the best players in Dota 2. You can visit their official site for more info.

The list opens with the legendary Ukrainian mid player, the champion of the first The International and the finalist of the next two. The peak of Ishutin’s career came at the birth of competitive Dota 2 , but even after 10 years Dendi remains one of the most recognizable esportsmen in the world.

Young pro-players are often recognized: it was Danil who became their role model, and his game motivated them to take up eSports. For several seasons, Dendi was the undisputed best in his position, and also left a good impression outside of Dota: everyone knows him as a modest and energetic guy who never loses optimism.

Even now, when he left NAVI and decided to create his own organization B8. The results of the team in recent tournaments leave much to be desired, and therefore Dendi personally took up scouting work. According to some information, Daniil spends whole days on this, but by some miracle he leaves the strength to keep fit and stream for loyal fans.

The Canadian of Uzbek origin became one of the first worthy rivals of Dendi, representing a new generation of players. He started his career in 2013, but he immediately attracted attention to his person – bright gameplay and a triumph at MLG Columbus (Arteezy went there as a replacement for Speed ​​Gaming) allowed him to be in EG in a few months.

Arthur reached the top 3 of The International twice (in 2014 and 2018), became the winner of The Manila Masters, China Top 2016 and a dozen other international tournaments. But more often he remained second, which eventually turned into a real meme. Babaev himself refers to the phrase “Arteezy will never win” with humor and is sure that he can still become a world champion.

Another meme was his constant transfers from Evil Geniuses to Team Secret and back – for several years, Arthur changed one team to another several times, and he did not play for others. Arteezy is currently playing in EG and has a good chance of winning The International 2020. Naturally, if the tournament takes place.

A long career as a player from Novorossiysk remembers a lot – a six-month disqualification for betting against himself, inactive, position changes and offensive departures from The International. But Solo did everything to make unpleasant moments a thing of the past, and now Alexey is known as the best captain in the Russian-speaking Dota 2 community .

In August 2016, he managed to assemble one of the most successful squads in the history of the region, which won almost every possible trophy in three seasons. Except perhaps for the championship Aegis – The International turned into a disappointment for VP over and over again after a successful year.

In the 2019/2020 season, Berezin made another attempt. The VP roster has been updated by 60%, and although the team has not yet achieved the same success, Solo continues to work on himself and on the team’s interaction. There is no time to think about ending his career yet, although he will turn 30 in August.

The line above is another veteran. In America, Dota 2 has not gained much popularity compared to other disciplines, but everyone who is connected with eSports knows Fear. It was Lumis who led Evil Geniuses to victory at the World Championship in 2015, won Dota 2 Asia Championships and a dozen other major events.

Most of the career of a judicious and always calm captain was connected precisely with the “evil geniuses”. He stayed with the team even when he suffered a hand injury and was forced to miss The International – in 2014, Fear took the position of a coach, and a year later he returned to the tournament and won. Many still consider that lineup of Evil Geniuses to be the best in history.

Two years ago, Clinton decided to end his career, but he did not last long without Dota. Now 32, Fear continues to play with the North American business associates team.

The Dane started his career in another MOBA discipline (Heroes of Newerth), but in 2012, together with teammates from Fnatic, he decided to move to Dota 2 . Johan got used to it pretty quickly and a year later he reached the top 8 of the World Championship, and during the year he won several victories in online tournaments.

For most of his career, n0tail was inseparable from his friend Tal Fly Aizik – together the guys won MLG TKOs and took four out of five majors in two seasons. However, after a series of setbacks in 2018, Johan’s best friend “broke down” and left the OG team they created two months before The International.

To n0tail’s credit, he managed to survive it, put together a new line-up and won the World Championship in a sensational way. And then a year later, he did it again. At the moment, Sundshtein is the richest esports player in the world: over seven years in Dota 2 , the Dane has earned $6.9 million in prize money. But Johan does not stop there and has said many times that he intends to win the next The International

The winner of The International 2013 also continues his career – by the way, he is the only one from the golden roster of The Alliance who still plays at a high level. Seven years ago, the Swedish team made a real breakthrough in Dota 2 , but the five failed to adapt as well to subsequent changes in the game.

But it is not at all surprising that it was Gustav who was able to stay in the top of esports for so long. The Swedish offlaner was one of the first to manage the team’s game from the mid lane, and was the main generator of ideas for The Alliance, which no one could stop. And then he changed his role without any problems and now operates on a complex line.

At various times, s4 managed to play for the best Western teams, including Team Secret and OG, but two months ago he returned to The Alliance as a captain. Now the 28-year-old hardliner is trying to make it on the world stage with a new generation of Swedish players.

The American support is considered by many to be one of the best captains in Dota 2 history . Peter always knew exactly what he was doing, choosing not the most obvious teammates for his team and choosing not the most popular characters in important matches. Sometimes the risk was not justified, but much more often ppd confirmed the title of an experienced leader, a drafting genius and an excellent coordinator.

In addition to the triumph at The International 2015 and DAC with Evil Geniuses, Peter won StarLadder StarSeries, Dota PIT Minor 2019, and several other international events. In 2016, he parted ways with EG and began building new world-class teams from scratch, such as OpTic Gaming and Ninjas in Pajamas.

Alas, the current season was his last. The results of the new NiP roster just went up, but the major in Los Angeles was canceled due to the coronavirus, and a little later, the American players left the team due to the same problem – it turned out to be too difficult to play in European tournaments due to ping. On April 20, 2020, Peter Daguerre decided to end his career.

In 2015, a new team Balkan Bears appeared on the pro scene, which included the leaders of the MMR rating. Far from all the stars from the public managed to gain a foothold at the professional level, but the mid player from Jordan showed a phenomenal level. At first, Miracle almost did not communicate with teammates, but a few seconds before the battle he managed to check all the characters and objects on the map and predict the course of the fight without a single word.

At the beginning of the 2015/2016 season, Amer received an invitation to the Fly and n0tail team, with which he won four majors in two years and made his debut at the main tournament of the year. A year later, Miracle will return to The International and become the champion, showing an incredible level of play both on the mid lane and during the match.

Recently, the best mid player on the planet in recent years has not been so stable (after leaving the Team Liquid organization, the entire European five did not have the best season), but is still strong. A few days ago, Nigma overcame the group barrier of ESL One Birmingham Online without any problems, and fans even started talking about the return of Miracle to the peak of form.

The winner of the first The International is one of the few who remained in the world top for all nine seasons and showed excellent results in almost every major tournament. The Shanghai Major, MDL Disneyland, The Chongqing Major, DreamLeague S13… The list of victories of the legendary Estonian can be listed for a very long time.

Huge experience helps Puppey to manage the team as efficiently as possible. Even though scandals sometimes pop up, during which Ivanov smashed monitors out of anger, threatened teammates or fired players for no reason, his Team Secret continues to win, showing an excellent game and curious strategies that are immediately adopted by weaker teams.

The only thing Puppey lacks is winning The International. The first Int in 2011 (then Ivanov won it with NAVI) was a trial, test, and now Clement, after another successful season, cannot even enter the top three in any way. Now his team is confidently dominating the European online tournaments, but will this energy be enough to win the next World Cup?

Here the former teammate Puppey overtook him. A modest German support during his performances in NAVI and Secret gained experience from Clement and became the leader of his own team. For four years in Team Liquid, the player won The Defense, DreamLeague and other championships (more than twenty trophies in total).

In 2017, Kuro won The International, and last year he stopped one step away from victory, losing to OG. KuroKy’s high personal level of play and the confident, reliable style that he preaches as a captain has allowed the veteran and his team to hold high positions on the Dota 2 world stage for several seasons in a row.

After the defeat in the TI9 finals, Kuro, together with his teammates, decided to leave the Team Liquid club and found his own organization Nigma, for which he currently plays. In this regard, the player has big plans, and the new organization plans to pay special attention to the Middle East – the historical homeland of KuroKy and Miracle.