Craving an escape from reality where he gets the girl of his dreams, she discovers her life purpose, and the sun is always shining? We’ve got the perfect film selection for you.

Although not all of these are happily ever after scenarios, most of these films will transport you to another continent, season, and sometimes a completely different era.

Some of these films are true stories and accurately depict the country they are filmed in, while filmmakers embellished others more for entertainment value. Either way, it’s fun to escape reality for a while and live someone else’s life through the screen.

Have you always dreamt of being a crocodile wrangler? No? Well, watch this Paul Hogan debut film, and Crocodile Dundee might convince you otherwise.

The Australian version of MacGyver has plenty of Aussie clichés but stole audiences’ hearts with the sweet romance and beautiful wilderness setting. If you look past the apparent clichés and slightly exaggerated scenarios, you may find yourself craving a trip to the Aussie outback next time it comes to planning a vacation.

Priscilla, Queen of the Desert

PQD continues the Australian theme. This film is slightly more colorful than Dundee. Priscilla, Queen of the Desert, follows the story of two drag queens and a transexual as they road-trip across the desert to get to their lip-syncing show on time.

The film will make you fall in love with drag and the beautiful scenery found in the outback. Who knows, maybe this film will inspire you to do your version of the ‘drag drive’ next year.

Next, we’ll move to France, where an uptight banker is visiting his late uncle’s vineyard, which he plans on selling. Little does he know that the French countryside has different plans for him.

He soon meets a beautiful french girl in a not-so-cute encounter and promptly falls in love with her and the scenery surrounding him that he had taken for granted.

Sadly getting into the south of the France wine-making industry requires a deep-rooted family history but visiting the vineyards and relaxing by the pool in the sun is an achievable goal.

Maybe you’ll meet the love of your life while riding your bike along the winding roads. One can dream!

Now we’re jetting off to Vienna for this Romantic cult classic film directed by Richard Linklater and starring Ethan Hawke and Julie Delpy. It is the first installment of the ‘Before’ trilogy, and we believe it to be the best one.

The plot is simple and straightforward, but what really shines is the natural and captivating conversation as well as the chemistry between Hawke and Delpy as they explore Vienna before the sun rises. As the couple hop off and on trams, take a ride on a Ferris wheel and have midnight strolls around the city, you’ll soon fall in love with the place and be booking a one-way ticket in no time.

Midnight in Paris travels further north in the beautiful french countryside. This next film explores the city of love and all its phases and transitions throughout history.

An unusual appearance from Owen Wilson, the somewhat serious role he plays follows the story of a writer named Gil while on vacation with his fiancée and her family in Paris. Due to Gil’s fiancée’s lack of appreciation of the beautiful city, Gil is left on his own each night to explore the city and draw inspiration for his book.

He comes across a time warp that sends him back in time each night to the 1920s, where he meets some of his biggest inspirations and an extraordinary girl.

The lighting, cinematography, music, and wardrobe will make your heart swoon and flutter your eyelashes a little more next time you walk down the street. If you can ignore all the Parisian clichés, this movie captures the beautiful essence of a magnificent city.

Made in Italy follows the European theme. This film is slightly sadder than the others on this list. Still, it doesn’t fail to deliver when it comes to picturesque Italian landscapes and mouth-watering food footage.

The story follows two grieving men who have come together to fix up an old family home in the Tuscan countryside. The father and son duo deal with the emotions they tried so hard to pack away and process the mother’s death, who died years before.

This film will have you googling fixer-uppers in the Italian countryside throughout the film—one to watch if you’re looking to have a little sob but with a happy ending.

For a film that takes you across the globe, Eat Pray Love should be your first stop. Starting in Italy, the film follows the travels of Liz Gilbert, played by Julia Roberts, as she embarks on a journey of self-discovery.

She starts by eating her way through Italy, praying for answers in India, and falling in love with Bali. The movie beautifully captures the beauty of each country and takes you on an inspirational journey.

With powerful messages, you’ll want to start planning your journey to self-discovery as soon as the credits start rolling.

Sticking to the continent of Asia, Lost in Translation will have you craving a busy holiday in the city of Tokyo.

The movie follows two completely different individuals who are equally lost in life as they travel around Tokyo for various reasons. Meeting in the hotel that they are staying in, Bob and Charlotte form an unlikely friendship and take comfort in each other’s loneliness.

Filmmakers have produced Lost in Translation to capture the beauty of the busy city; the film is subtly investigating the awkwardness of visiting a foreign country for the first time.

It’s never been easier to travel virtually. With the push of a control button, you can travel anywhere in the globe and transform into anybody you want. What are your plans for the future? 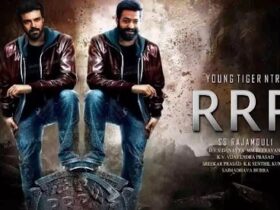 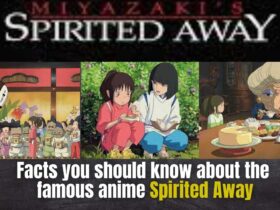 What’s So Good About the Fantasy Genre?