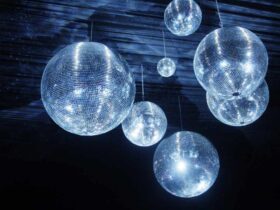 Disco balls – things you should know about disco balls

It’s been five years since Descendants Of The Sun captivated the hearts and minds of k-drama fans worldwide. The show became a hit instantly thanks to its exciting storyline and great performances from the actors. The fans seem to like the idea of a warzone being a backdrop for a romantic relationship. The show was such a huge success that it has been adapted in several languages. Are you wondering what happened to the Descendants Of The Sun Cast? Do you want to know how they are and what they are currently doing? This try has the answers to these questions.

Song Hye Kyo is often referred to as the queen of k-drama. She played the role of Dr. Kang Mo Yeon as a member of the Descendants Of The Sun cast. She surprised fans in 2017 when she announced that she and her DOTS co-actor Song Joong Ki were engaged. Then they got married three months later. She took a break for a while after her marriage and only became active again in 2018. That year, she starred in Encounter where she played the character of CEO Cha Soo Hyun. Her leading man in the show is Park Bo Gum.

She shocked the k-drama world again in 2019 when news came out that she and Joong Ki agreed to get a divorce. The two agreed to separate without alimony payment of division of property. She took a break from acting again after the divorce but she did remain active with endorsements of luxury brands. She returned to acting in k-dramas in 2019 with The Glory and Now, We Are Breaking Up.

Song Kong Ki played the role of Captain Yoo Si Jin in Descendants Of The Sun. He shocked the k-drama world when he and Song Hye Kyo got married. And then he broke the hearts of fans when he and the beautiful actress got divorced. Since DOTS, Joong Ki has earned a lot of projects. He became the lead of the 2017 film Battleship Island and he also had small roles in k-dramas such as The Sound Of Your Heart and Man To Man. Then in 2019, he became the lead actor in the Netflix original Arthdal Chronicles, where he starred opposite DOTS co-actress

Kim Ji Won played the role of Yoon Myung Joo in DOTS. The show opened a lot of doors for her. In 2017, she landed her first leading role in the hit romantic comedy Fight For My Way. She played the role of a department store clerk named Choi Ae Ra who aspires to become an announcer.

As a member of the Descendants Of The Sun cast, Jin Goo had a breakthrough role as Seo Dae Young. He has done quite a number of projects after the show. He had a starring role in Night Light, a drama that was aired in 2016. His portrayal of a heartbroken son of a rich man earned a lot of praise.