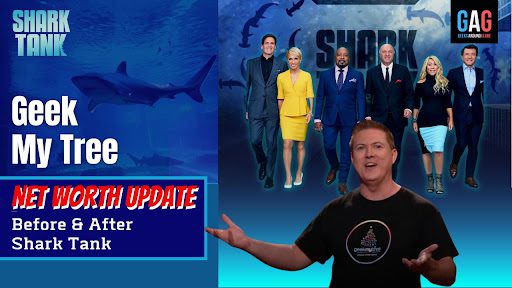 Pets play a major role in our life. So it’s important to consider your lover’s pet interest before starting to date. These days common dating apps make people easy to find partners. But it’s hard to find a person with the same pet interest through those apps. This becomes harder if you have a cat as there are many stereotypical ideas about cat owners. So what about an app specially created for cat owners. Let’s know about ‘Tabby’!

Read what happened to Tabby worth and net worth update in brief here.

What is the Tabby dating App?

The Tabby dating app is an app created for cat lovers to find their perfect match. This is called the cat persons dating app as the app provides details about cat products and treats. Not only that it provides a space to find suitable partners.  Because of this Tabby app is known to be the best app for cat owners and for people who are willing to get cats in the future.

Who are the founders of the Tabby dating app?

The tabby team Nathan Kehn, Sterling Davis, and Leigh Isaacson appeared on Shark Tank’s Season 13 Episode 4. They were searching for an investment of $300,000 for 20% equity of the company. Sharks Kevin O’Leary, Mark Cuban, Robert Herjavec, Lori Greiner, and guest Shark Nirav Tolia were there for the deal. Leigh explained what inspired them to create the app and all of them explained their background.

Nathan aka ‘The Cat Lady’ and David the ‘TrapKing’ explained how they face difficulties as cat people using dating apps. Also, they explained that men are less engaged in rescuing cats. Not only that they described how they launched the app before as a desktop version in 2020 and become a failure after the funding stopped.

All the Sharks were impressed with their story but Mark decided to reject the deal.  He believed growing an app is a difficult procedure. Robert also refused to invest saying it was not his favorable field. Nirav said it’s difficult to get distribution and break through the noise and decided not to invest. But Kevin said the team about his previous experience with BasePaws and offers $300,000 for 30% shares. Leigh requested the deal for 25% but Kevin said no. Lori also refused to invest because she was, not a tech person. Then the team finally agreed with Kevin’s deal.

The official sites have yet not updated about the current situation of the deal. But the Tabby team is advertising the deal after the show. Also, Tabby had advertised about their deal with Kevin on their sites soon after the show. Apart from that, the company gets a chance to appear on different television shows after Shark Tank.

You can download the app for free and start to share your experience as a cat lover while finding a suitable partner for you. But if you want more you have to upgrade your app to the VIP membership for premium features. You can have a monthly membership for $19.99, three months for $ 29.99, and six months you have to pay around $49.99.

Now you can find the app in the iOS app store and in ‘Google Play for Android phones. But the user should be over 18 years for using this app. Apart from that, you need to clarify that you’re not engaging in any illegal activities, using inappropriate language while using, or marketing products or services without approval.

What happened to the Tabby dating App after the Shark Tank?

The company got a deal during the show the official sites yet haven’t been confirmed whether the deal proceed or not. But soon after the official air date of the show Tabby started to gain more attention than before. Also, the company had advertised more about the partnership with Kevin O’Leary after the Shark Tank. Kevin also had posted about the deal soon after the show.  Not only that Tabby got chances to be featured on Good Morning America, Daily Mail, and The Wall Street Journal. According to the Tabby official site, the company is still in business in 2022.

also read: What happened to ‘Mobilyser’ app company after the shark tank

The Tabby dating App net worth

When appearing on Shark Tank in season 13 episode 4 searching for $ 300 000 for 20% of equity the company. They were in hope of increasing their value up to $ 1.5 million. But the sharks only agreed to invest the same amount to 30% of equity. So this had made the company net worth up to $ 1 million in the year 2021 with a monthly income of $ 7000. As the company started to grow after appearing on Shark Tank their net worth might be increased this year.

Competitors of the Tabby dating App

Pupster and Dig Apps have a similar purpose to Tabby but both those apps are created for dog lovers.

What is Tabby App?

The Tabby app is a dating app specially created for cat lovers to find suitable partners with similar interests.

Is the Tabby dating App free?

Yes, you can download and join the app for free.

How much is the Tabby dating app?

The app is completely free to download but you have to pay to get a VIP membership with premium features. You can find VIP membership packages from $19.99 to choose from.

How many users are on Tabby?

Did Tabby get a deal on the Shark Tank?