What Are the Best Programming Languages That I Should Master in 2021?

Is Ruby on Rails still relevant for businesses to build web applications?

Why are we still talking about an older technology like Rails web development when Django and Laravel are rising?

Can the framework assist in developing apps that can compete in today’s dynamic business world?

When David Heinemeier Hansson launched the Ruby on Rails framework in 2005, he must have thought about all the questions of its future relevance.

That’s why modern companies like Airbnb, Shopify, Twitter experience all the benefits of Ruby on Rails for web development.

In its early years, Ruby on Rails quickly became the breakthrough framework. It wasn’t a fad – it became a classic. While it captivated startups, enterprise web development also saw the rise of a new framework that made applications inexpensive, efficient, and reliable.

Even at BoTree Technologies, some of our best Ruby on Rails projects are now the world’s leading products in their industry. The Fifth Collection, an online vintage fashion store powered by Spree Commerce and Ruby on Rails, is one example. Read more about it here.

In this article, we are going to talk about the advantages of Ruby on Rails for businesses and enterprise app development – because it’s still relevant.

Ruby on Rails benefits all kinds of businesses – startups, MNCs, small businesses, and whatnot. Let’s have a look at how it simplifies web development.

7 Advantages of Ruby on Rails Web Development for Businesses

The 4 core benefits of Ruby on Rails are – versatility, adaptability, expandability, and extensibility. You can hire Ruby on Rails developers and get an app for any industry, with varied features, scaling capabilities, and extend it with regular improvements. Let’s look at the advantages of Ruby on Rails in detail –

Now how do you get a quick prototype of your idea? You need developers who can write code quickly, managers who can efficiently handle the project, and stakeholders who can approve it.

But most importantly – you require a framework and programming language that make web development simpler. Ruby has clear syntax and is the basis for the Ruby on Rails framework. It is much like English – easy and understandable.

So using Ruby for web development along with Rails enables developers to write code quickly. Ruby and Rails complement each other. It reduces product development time by 25% to 40% – something all startups want.

On top of that, RubyGems enable developers to add features without writing a lot of code from scratch.

With a faster product, you can get more time-to-market it or obtain funding from venture capitals by presenting the prototype.

Rapid MVP development is one of the biggest Ruby on Rails advantages. This has also earned the framework the name “startup technology.”

Let’s begin with the basics – the Ruby on Rails framework is an open-source web development framework distributed under the MIT license. This entails that there are licensing costs involved – it is free to use.

The next thing is that since it leads to faster development, you don’t have to keep Rails developers involved in the project for long. You can hire a Ruby on Rails development services provider and let them off the hook quickly, saving a huge amount of cost.

The third cost-related Ruby on Rails benefit is that you can hire Ruby on Rails developers without paying a high price. The correlation – Rails web development is beginner-friendly. Rookies can quickly learn the language and framework and become skillful in it.

Due to this, there are thousands of Ruby on Rails developers with enough experience. It increases the competition and keeps the hiring cost balanced.

If you hire a Ruby on Rails web developer on a contractual basis, you don’t have to worry about them after the project is complete.

Ruby on Rails is as simple as a framework can get. First of all – Ruby has a syntax that is easy and highly-readable. It practically makes Ruby self-documenting.

Rails web developers don’t have to write separate comments. The language is highly-simple, enabling anyone to catch up on the project at any stage. Programmers can understand the project by simply looking at any line of code – even by another developer.

The rules of the framework are also quite simple. There are specific standards that we will be talking about later, which eliminate the need to search for a proper structure to build the application. All of this quickens the development time and leads to high-performing apps without much hassle.

Now, this is something all Ruby on Rails developers love about the framework. There are three core design principles that it operates on – MVC architecture, Convention over Configuration, and Don’t Repeat Yourself.

Another of the significant advantages of Ruby on Rails is that it assumes what you want to do. There is a standard configuration from the beginning, unlike Django, which you have to configure on-the-go.

Ruby on Rails minimizes the errors in the code by reducing the repetition of code. You can build highly complex web products without any compilation error due to repetitiveness.

A lot of tasks are in-built, like file structures, code generators, and more. Ruby web developers don’t have to keep track of all activities at all times.

The one thing that simplest Rails web development, makes it faster, and saves cost is RubyGems. Gems are the plugins for adding features in the application.

RubyGems save developers from writing massive amounts of code. There’s a Gem for almost every feature. They can install it, modify it, and get the feature up and running. For adding functionality, RubyGems is highly useful as developers who might struggle to write code for some features can easily use them.

The high-quality Gems and libraries lead to better product quality. There can be errors in writing the code that may result in products that behave and perform poorly.

Plugins and libraries are a boon for developers using Ruby on Rails. There are gems for authorization, payment gateway integration, testing automation, and almost everything a good quality product needs.

Ruby on Rails framework is popular for its stability and predictability. The easy code makes modification easier and allows developers to join projects from anywhere in between.

New developers can pick up quickly from wherever the previous coders have left off. Projects managers particularly admire this benefit of Ruby on Rails as maintenance and support is extremely important. Maintenance becomes simpler when you have a long-term project going on.

On top of that, upgrading or migrating the existing Rails version is also simple. While the process is gradual, it doesn’t take a lot of time. Migration is essential if you want to take advantage of the features of Ruby on Rails.

The last and one of the biggest advantages of Ruby on Rails is that it has a wide community of developers. There are over 6000 developers on Github for Ruby on Rails framework. The community updates it regularly and provides regular improvements.

If you are facing any challenge, there are chances that a developer will come up with a plugin to help you solve that. There’s tons of material available for beginners and even intermediate developers.

And since Ruby on Rails is open source, the developers integrate new updates in the framework, making the software development life cycle simpler for developers.

Ruby on Rails is a trusted web development framework that companies regularly use for their web applications. There are multiple reasons to use it, so you don’t have to worry about the framework going out of the industry any time soon.

Forget the rumor that Ruby on Rails is dead and see the results for yourself. The platform is still relevant and is capturing the imagination of companies all across the globe. Since it is a beginner-friendly language, you can easily find Ruby on Rails developers for your projects. 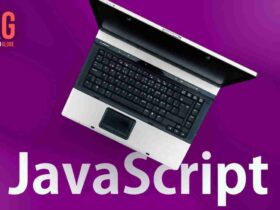 What is Javascript and why do every business need Javascript Development Services? 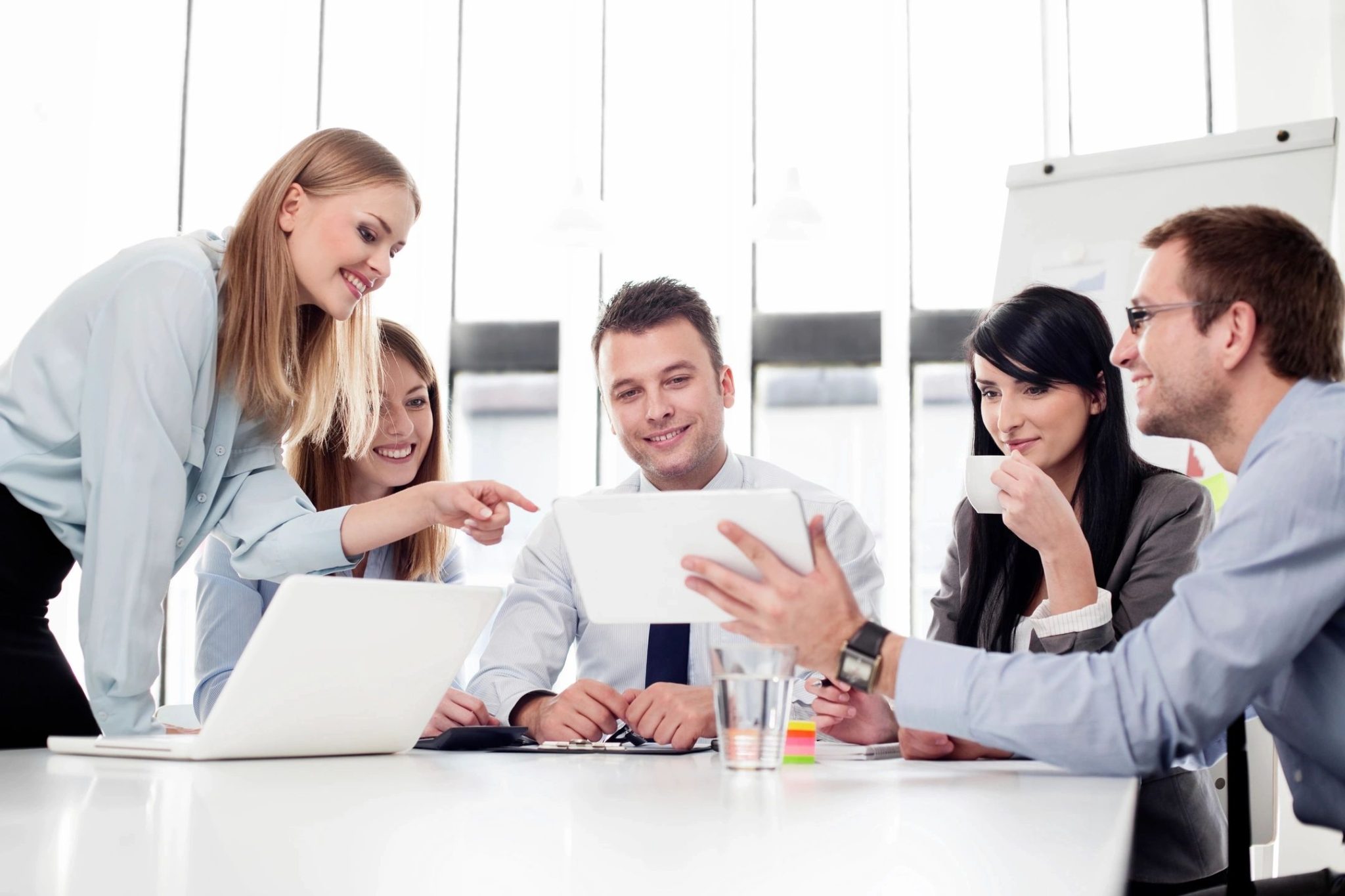 What Are the Best Programming Languages That I Should Master in 2021?