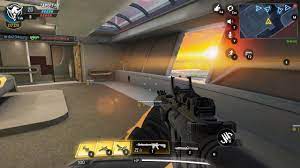 Dota 2 is a free multiplayer online game in the MOBA genre (multiplayer online battle arena.  – Approx. ed. ), The standard game of which is played by ten players, five in each of the two teams. Before the start of the game, all participants choose different heroes that cannot be repeated.

The game has several different modes, most games last from 30 to 60 minutes. The action takes place on a map with through lines – top (top), middle (mid) and bottom (bot). Squads of creeps are moving towards each other along them – small warriors without computer-controlled abilities. In addition to allied and enemy creeps, there are also neutral creeps on the map that live in the forest between the lanes. Please, read their news about Dota 2 tournament and other international games at the their official site – https://game-boss.com

The game continues until the players of one of the teams destroy the enemy throne. In order to do this, you need to go through the entire map and demolish several towers – buildings that deal damage and protect the throne.

Along the way, players need to fight each other and creeps to earn experience points, thereby pumping their own level. There is money in the game that can be used to buy game items that increase certain characteristics of the heroes.

Dota 2 has simple basic rules, but many nuances that change with each update

It is impossible to win in Dota 2 fighting alone against five enemy players – you need to work in a well-coordinated team. Therefore, professional teams of doters constantly train together and rarely change lineups.

Each of the participants occupies one of five positions: midlaner (standing in the middle lane), carry (main attacking player), offlaner (pumps skills in the jungle on neutral creeps, and subsequently initiates battles), seven-support (helps allies in battles) and support (heals other heroes). Players may switch roles throughout the season, but generally take up one position as the game progresses.

Some Dota 2 heroes almost completely copy characters from Warcraft III: Reign of Chaos and Warcraft III: The Frozen Throne add-on. This is logical: originally DotA (Defense of the Ancients. – Approx. ed. ) was a custom modification created by the IceFrog player. All the principles of Dota 2 were laid down in the first Dota: the map, the rules of the game, the number of players in each of the teams.

In 2009, IceFrog joined Valve Corporation, which supported Counter Strike and other multiplayer games. Starting in 2011, Dota 2 could be played by invites – free invitations to participate in the beta testing of the game. In the summer of 2013, the game appeared in the public domain. It can be freely downloaded from the Steam online service. At the same time, today Dota 2 is not directly related to the Warcraft universe.

There are currently 120 characters in Dota 2, and their number is constantly growing. Everyone has a unique set of abilities, a biography. Details of how different heroes interact with each other are revealed in text descriptions, out-of-game cutscenes, and the animated series DOTA: Dragon’s Blood .

The International tournament, in the final of which the Russian-speaking team Team Spirit won, is held annually – this is the largest official competition in Dota 2.

The International is organized by the developer company Valve. The first tournament was held in 2011 in Cologne — the winner was the Ukrainian team NaVi, which took $1,000,000. From 2012 until 2017, the tournament was held in Seattle, then moved first to Vancouver, and then to Shanghai. The 2020 tournament, which was supposed to be held in Stockholm, has been canceled due to COVID-19.

In 2021, the tournament was held at the Bucharest stadium without spectators. The prize fund of The International 2021 was a record for eSports: $40 million. The first place, as is already known, was taken by Team Spirit, which was not even called a “dark horse”. 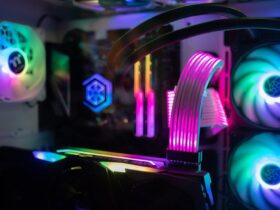 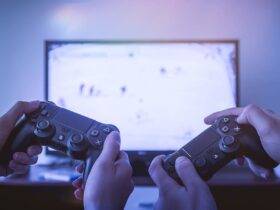 Online Gaming Themes That Have Stood the Test of Time