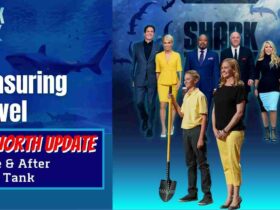 “The Measuring Shovel” Net worth Update (Before & After Shark Tank)

If you are a doer, then Spergo is for you.

Are you struggling to find out the perfect lifestyle to wear? And are you fed up with matching casual outfits to complement your winning attitude? Well, if you are then Spergo clothing got some good news for you. Check this out..!

Read what happened to spergo worth and net worth update in brief here.

‘Wanna live my dream in style’ Are you one of them?

Spergo is a high-quality designer clothing line inspired by the power of courage, a strong mindset, commitments, and sheer will. The name Spergo has been born as a mixture of ‘Sports’, ‘Heroes’, and ‘Go’. The brand is for go-getters and individuals who don’t give up.

Spergo clothes combine fashions and comfort with adding style to highly motivated people who wanna live their lives in style. It is an awesome outfit mixture to fuel up your winning attitude.

Who Is The Founder Of Spergo clothing?

The millionaire-minded 12-year boy Trey Brown has started Spergo with $178 of his birthday money and, Trey has come up with the name for his business, logo, and 16 t-shirts. As a tribute to his commitment, his first 16 t-shirts sold out instantly.

Spergo was his answer to keep him and his friends away from the bad street behaviors. Now, he is 15 years old and hires his mother as his first full-time employee. Trey has the vision to be a billionaire by his 21st birthday.

What Happened at Shark Tank?

Trey Brown and his mother Sherell Peterson came into the shark tank offering a 10% equity share of Spergo for 300 grand to sustain their business.

‘Why does it call Spergo’ Kevin asked. Trey has started explaining the mishmash of the words he used and said

‘it doesn’t matter what’s your profession is as long as you working hard every day, that’s Spergo’

‘What’s the price of some of these items?’ Robert asked. Sherell said that the Leo swat suit cost them $21.50 and sell for $170. ‘It is a premium brand’ said Sherell.

‘I have over 89,000 followers on Instagram’ said Trey and Lori were amazed and said ‘WooW’.

Then Robert asked ‘what are the total sales today?’ and ‘to this day our total sales are $1.8 million said, Trey. After getting surprised by the figure ‘hang on, did you say 1.8 million?’ Robert asked again and Trey, Sherell both said ‘Yes’.

70% of Spergo sales are from POS and 30% from e-commerce. They have opened up their 1st physical store with the financial and publicity aid provided by Mr. Sean Diddy Combs.

Who Got The Deal?

Since Spergo already doing amazing Daymond has stated ‘I am not sure if you are ready for a partner’. Then Lori and Kevin stated that they are out. Robert has matters with converting sales to the online platforms so, he’s out.

Three Sharks are out two remaining. The pulse rate is high.

‘I am as shot’ said Daymond. ‘Mr. Daymond, would you do three hundred for 20%?’ Trey asked. After thinking ‘ABSOLUTELY’ said Daymond.

What happened to the Spergo clothing after the Shark Tank

Spergo has expanded its operations to Arlington, Pennsylvania, and Virginia, and now they are planning on launching a footwear brand. In 2021 the sales have reached $2.5 million and the association with Daymond going on and is currently operational.

also read: what happened to teenager Briella Brown & Your Closet after the shark tank

Spergo clothing Net Worth in 2022

Trey and Shelly’s initial offer implies a net worth of $3 million but after accepting Mr. Daymond’s offer now the Spergo value is $1.5 million.

“spergo” Net worth Update (Before & After Shark Tank)

Spergo is a high-quality designer-wear clothing brand inspired by good moral qualities such as the power of courage, a strong mindset, commitments, and sheer will. Name SPERGO is a mishmash of the words ‘Sports’ ‘Heroes’ ‘GO’.

Who is the owner of Spergo?

Trey Brown is the millionaire-minded 15 years old boy behind this prestigious clothing brand Spergo. He started Spergo when he was just 12 years old with his birthday money.

When did Spergo has started?

Spergo has commenced operations in 2018 and it has operated for four successful years in the clothing industry. In 2020 Spergo made a significant revenue which is over $700,000.

Did Spergo get a shark tank deal?

Absolutely yes. Daymond and Mark were interred in Spergo. They both have stated that they will do $300 grand for a 25% stake but in the end, Mr. Daymond accepts the counter of Trey, $300,000 for a 20% stake.

Mr. Daymond has invested $300,000 for 20% equity in the company. The association between Daymond and Spergo prevailed and Spergo evolved mainly in the US clothing industry.

How much money does Spergo make?

Spergo has made $40,000 in its first operational year and after 3 consecutive operations, the company has made $1.8 million. They have a goal of racing $2.2 million in the upcoming year.

How much is Spergo worth?

Terry and Shelley have come into the shark tank demanding $300,000 for a 10% stake in Spergo. The original offer implies a net worth of $3 million but after accepting the counteroffer of Mr. Daymon now Spergo’s net worth is valued at $1.5 million. 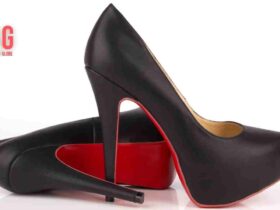