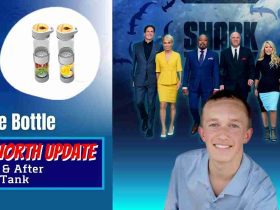 “Earth needs my protection against pollution. I should go green.” Have you ever felt like this?

Well, if you do then Sheets Laundry Club is for you. It is handy, dry, lightweight, and super easy to use. Wanna know more about this magical product? You have come to the right place. Check this out.

Read what happened to Sheets Laundry Club worth and net worth update in brief here.

What is Sheets Laundry Club?

I need to go green. What should be my first move?

You can start your combat against the plastic crisis, by attacking one of the pinpoints of global pollution. The laundry industry. Say ‘No’ to mainstream detergents that use excessive amounts of plastics and say ‘Yes’ to 100% plastic-free detergent product, the Sheets Laundry Club.

Who is the owner of Sheets Laundry Club?

Chris Videau a professional back hawk pilot, is the CEO of the company and in 2018 Chris Campbell got partnered up with him as a co-founder of the company, to fight against the plastic crisis in a way that matters.

So in January of 2020, Chris V. and Chris C. have officially launched the Sheet Laundry Club to the public and their battle continues as we speak.

According to Videau, failure to manage plastic disposal properly has caused many injuries in the human respiratory system. He had personally experienced such and now is highly motivated to create a plastic-free world with the assistance of his partner Mr. C.Campbell.

$1.2 million of their total sales in 2020 streamed from the winning product Laundry Sheets.

‘We also signed up exclusivity agreement with Kimberly Clark’ said Videau and Lori seems a bit worried about it and the Kevin asks ‘do you pay them a royalty?’ and Videau says ‘We do pay the royalty’

Videau explained the main reason for this agreement was the ownership of the technology to manufacture their product, and as long as they pay royalty the patent is exclusive to the Sheets Laundry Club until October 2024. They don’t have a renewal option so the contract will expire.

After hearing all these Barbara says ‘out’ due to the nature of the patent agreement, the range of product variety, and lack of salesmanship. Videau got shocked. Kevin got a deal with ‘Blue Land’, a competitor of Sheets Laundry Club so he also said ‘No’. Lori worried about the offer of 5% equity for half a million dollars so she said ‘this isn’t for me, I’m out’

Sheets Laundry Club is expecting the assistance of a shark to expand globally and Mark thinks that’s expensive. I’m Out’ said Mark.

Four sharks are out only one remaining and two Chris’s seem heavenly worried. They have started enlightening their plans of reaching $7 million in sales to Daniel.

Then Daniel’s counteroffer was $500,000 for an 8% stake and 2% advisory shares. Then the two Chris’ have a silent discussion and said ‘Alright’ with a clap.

Also read: Long Wharf Sweaters which is made of a soft blend of recycled oyster shells, recycled water bottles, and natural lambswool.

What happened to the Sheets Laundry Club After theShark Tank

After Daniel’s shark contract Chris Videau and Chris Campbell got super excited. Daniel has posted on Twitter thanking the military service of Chris Videau after the air date of the episode. Furthermore, Daniel has criticized the risk of the name ‘Sheets Laundry Club’ to his Mexican accent in a teaser video and he also stated that he is happy about his decision.

Apart from that fans have criticized Barbara’s statement of ‘I don’t think either of you sells’ and some have made fun of her by mentioning the sales projection of $7 million for the company.

The Sheets Laundry Club’s net worth in 2022

The original offer of 5% equity for $500,000 makes the original net worth $10 million and after accepting the counter of Mr. Daniel, the net worth of Sheets Laundry Club was reduced to $ 6.25 million.

Blue Land is going to be one of the main competitors of the company shortly because they have the support of Mr. Wonderful.

Apart from that, the company has Kind Laundry, Tru Earth, Well Earth, and Space White as its competitors.

What is Sheets Laundry Club?

Sheets Laundry is a 100% eco-friendly detergent product. The company produces alternatives to conventional polymer-made detergents in the market.

Chris Videau is the masterminded entrepreneur behind the Sheets Laundry Club. Chris Campbell joined Videau in 2018 and company was born in January 2020.

Is sheets laundry Made in the USA?

The answer is ‘Yes’ Sheet laundry club runs under the patent of Kimberly Clark and they manufacture the product totally in the USA. However, the agreement is about to expire in October 2024 with no extension clause.

It is 100% free of plastic ingredients and totally it is a total biodegradable product made of natural substances mostly extracted from coconut extracts.

Did sheets laundry get a deal on Shark Tank?

Of course ‘Yes’. Daniel Lubetzky offered a $500,000 investment for an 8% stake and 2% advisory shares in the shark tank and Chris Campbel said ‘Alright’

sheets laundry Club net worth in 2022

It might be more than $ 6.25 million as the company gained more attention after the show. The company is still operational, so the net worth now may have jumped up.