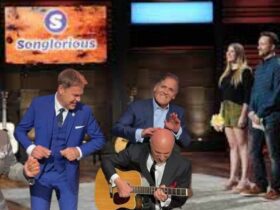 Songlorious, what happened to the Songlorious Personalised Songs after the Shark Tank

Who doesn’t like to receive personalized Christmas greetings? If you are one of them you should know about ‘The Real Elf’

What is the Real Elf?

Real Elf provided services like custom-made greeting videos ‘Elfgrams’thruogh their official site. Also, it participates in events to send Christmas greetings with new ideas. Not only that you can find mugs, pillows, and T-shirts on their site. Services started from $50.

Who is the owner of the Real Elf?

Tommy Holl is the founder and the owner of the Real Elf. He had studied Broadcast Journalism and currently, he’s working as an executive manager.

Tommy Holl started the ‘The Real Elf’ in 2012 after he got comments from his friends. His friend suggested him he look like a real elf with the right costume. Christmas cards with his picture were popular among his friend circle. Meanwhile, he was diagnosed with Epithelioid sarcoma cancer in 2013.

After surviving cancer he decided to live his life spreading happiness and love. It took part in corporate events and private parties around the Chicago area. Not only that but also his photoshoot event called ‘Elfie’s’ and video messages called Elfograms were popular.

He didn’t stop from that and partnered with organizations like Lurie Children’s Hospital and Rush University Medical Center for spreading the message of happiness. Apart from that, he’s a member of Imerman Angels. It supports and comforts cancer patients. Because of this, he appeared on several TV shows and news outlets.

Tommy Holl appeared on the Shark Tank hoping for $125,000 for 25% equity of his business ‘The Real Elf’.His custom-made ‘Elfies’ and ‘elfograms’ were quite popular around Chicago at the time. Not only that he made around $10000- $20000 during the festive season.

Mark Cuban, Daymond John, Barbara Corcoran, Kevin O’Leary, and Lori Greiner were on the pitch. Sharks were amazed after hearing about the business idea and how he got the inspiration to start the business. Apart from that, they appreciate his charity works as an ‘Imerman Angel’.

However, Kevin pointed out that Tommy need more followers as he only had around 10000 at the time. Mark also questioned the time Tommy could devote to the business while doing a full-time job. Due to these reasons, both of them decided not to invest.

Then Tommy shared his idea about making an app to gain more attention. Nevertheless, Sharks think social media like tik tok will be enough for the promotion. So, Lori was out of the deal saying it was not for her. Following Daymond John was also out of the deal as he thought Tommy didn’t need a partner.

But Barbara had a different idea about the business. She is concerned about the fact every shark gets charmed by the idea. Also, she considered about 50% of the income for a cancer charity. So She offered $50,000 in cash and $75,000 as a loan for 35% equity. However, she wanted half of his sales to go to a cancer charity as he said. Finally ‘The Real Elf’ Struck the deal.

What happened to The Real Elf after the Shark Tank?

But 50% of sales are going to a cancer charity. However, both sides have yet not been updated about the progress of the deal. But the company is still in business in 2022.

As usual ‘The Real Elf’ also got more fans as a result of the show. But, Barbaras fans criticized the deal soon after the show. However, ‘The Real Elf’ is continuing to spread the message of love.

Also read: What happened to the Wendy’s Gnome Shop after the Shark Tank

According to the reports, The Real Elf gained more customers during the past festive season. Also, the Shark Tank effect has increased its fan base. So in 2022, its net worth might have increased.

Competitors of the Real Elf

There isn’t any competitor company emerged for the Real Elf yet.

Who is the Real Elf?

Who is Tommy the real elf?

Tommy Holl is the founder and the owner of the company The Real Elf. Hence he’s often called ‘Tommy the real elf’.

How can you tell a real elf?

You can contact the real elf through his official site. Also, his social media pages are open to customers.

What is the real elf on Shark Tank?

Did the real elf get a deal on the Shark Tank? 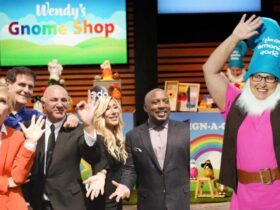