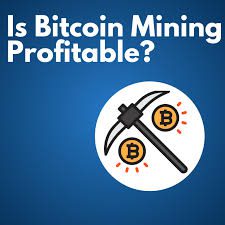 Is the Bitcoin Mining Still Profitable?

Qpay is a platform created with the intention of creating a more convenient space for students & societies across Australia. According to their website, they say “We’re here for students, societies, and unions to facilitate the interactions that make campus life memorable.”

Qpay helps millennials to perform smooth banking with a debit card as well. This app goes beyond traditional banking methods which makes it fun to use this app. At the end of the week, Users will know, how much money they have to have fun with like going out and on luxuries, and how much money they have to spend on essentials like rent and textbooks.

What’s so special about it? Qpay is not just another debit card. It comes with an app too. This app helps students to manage & organize their funds in a more fun way.

Qpay has a marketplace app too. It will allow the users to buy & sell used textbooks & other stuff as well. This helps the students to sell tickets & merchandise various stuff during their university life.

By the time they appeared on Australian Shark Tank, They claimed that they had over 150,000 students using this app.

Who are the owners of the company?

According to the Shark Tank Australia episode, the three founding members of Qpay are Andrew Clapham, Moe Satti, and Zakaria Bouguettaya. Zakaria is the CEO of the company. The company was started in 2014 & is thriving as a business since Zakaria was just 27.

Bouguettaya and Clapham met while studying at Australia National University and started an app development business.

“I had a job interview at the ATO and I missed my bus because I didn’t know when it was,”

During the Shark Tank pitch, The three founders of Qpay stated how thriving their business is. They come into the Tank asking 380K$ in exchange for 8.4% of their company. This brought a value of 4.5M$ to the company.

They explain why they need such an investment. Mostly being new modifications to the app. They are also looking for an opportunity to grow all over Australia.

All the sharks show a lot of enthusiasm towards making a deal with the Qpay team. They further explain how their company deviates from an ordinary bank.

They have projections to earn over 180M$ per month. Realistically they will definitely make 4 or 5 Million a year.

Shark Steve Baxter makes the first offer to take the entire lot offering exactly what they were looking for. But Janine Allis takes the opportunity to respectfully back off from making a deal as she is not into tech-related businesses. Taking the same road as Allis Glen Richards also walks away from making a deal with the Qpay team as he feared a possible conflict of interest with his existing companies

Then Andrew Banks expresses he is not as excited to get 8.4% of the business as he likes a “bigger Chunk”.He also steps down without making a deal.

Now that three sharks are out Naomi Simsons takes the opportunity to make an offer. She matches their asked offer.

But Steve says that he is willing to share the deal with Naomi making her take a back. With this gesture, the rest of the sharks also show a great deal of surprise as they have never seen Steve & Naomi working together.

Naomi also finally makes her decision to go along with the deal sharing half of her original chunk with Steve.

What happened to QPay after Shark Tank?

After securing 380K$ from two sharks at the Australian Shark Tank, the Q-pay team puts their foot into the UK as well. The company updated its offer payments and ticketing app to appeal to an international audience. This makes them a very successful fintech company.

QPay Net worth Update (Before & After Shark Tank)

Zakaria Bouguettaya is the CEO of the Qpay.

How much is qpay net worth today?

what happened to qpay after the shark tank in Australia?

QPay appeared on Shark Tank in 2018, securing $380,000 from Naomi Simson and Steve Baxter in one of the largest deals ever seen on the show. After securing 380K$ from two sharks at the Australian Shark Tank, the Qpay team puts their foot into the UK as well.