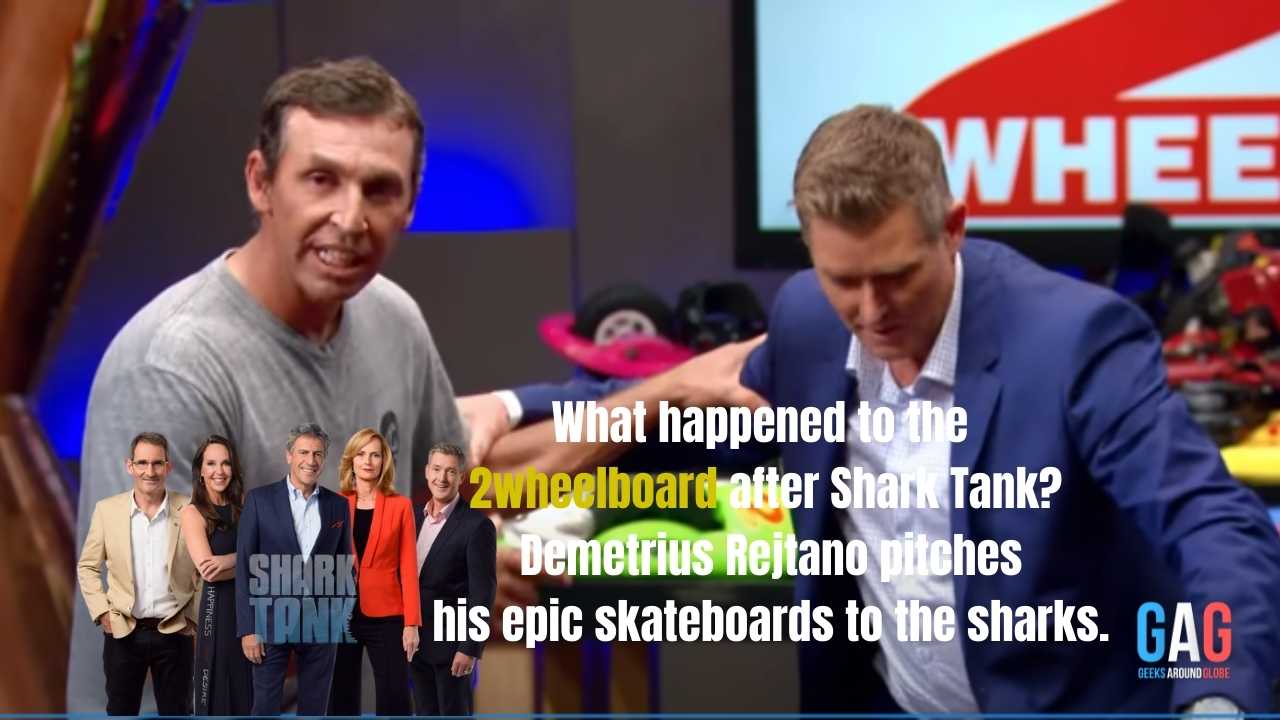 What happened to the 2wheelboard after Shark Tank? Demetrius Rejtano pitches his epic skateboards to the sharks.

Sally mentions that the idea for her product came from her two daughters while she was researching for her kid’s birthday, and she stumbled upon the concept which she knew would help families worldwide.

Taking time to impress the sharks

Shally describes her product for the sharks. She mentions that it’s a tiny door you place on the ground or high up on the shelf where fairies come out at night to drop little notes and presents for well-behaved children.

According to her, the idea for this business came from her fairy-crazy daughter, and so she embarked on a 7-month journey of the secret fairy business, which sold out in a week after it was launched.

Naomi mentions that she’s a proud customer as she has also bought for many customers.

Going further to describe her business growth, she mentions that she’s had 300 new stockists in the last 45 days. She also mentioned that last year they did $700 000 in sales, and since the start of the financial year, they’ve had $868 000 in sales, and they are looking to make $5.1 million by the end of the year.

The sharks couldn’t contain their excitement after hearing these figures.

Steve hurriedly jumps into the offer giving her exactly what she wants.

Glen makes a banter out of Steve’s hurry claiming that he’s just interested in the money.

All four sharks make an offer matching Steve’s initial offer, which is precisely what she wants, 20% for $325 000 as they all bargain to offer Sally a mouth-watering deal! Sally’s fairy dust got all the judges to hook line and sinker.

A massive decision for Sally, but unfortunately for team Andrew, Sally agrees to work with Naomi and Glen.

It was a wonderful time for everyone as they all exchanged hugs and handshakes.

You may also like What happened to Hoo Ha Headphones

What happens to the lil fairy door after Shark tank?

Sally decides to work with Naomi and Glen; thus, her business will grow like never before.