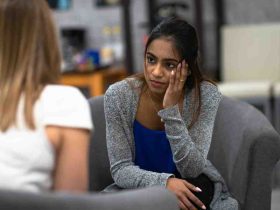 Kratom is the name of a tree that belongs to the coffee family. This is inherent to Malaysia, Myanmar, Thailand, and further South Asian states. Kratom is also known by many other names like Thom, Biak-Biak, Thang, Kratom, Nauclea speciosa, Gratom, mambog, Ithang, Maeng Da Leaf, Katawn, Madat, Kedemba, Kedemba, Ketum, and Karton.

Leaves of this tree are used for various purposes like medicines, drugs, sedatives s, and stimulants. Leaves of this tree are taken to prepare medicines. The dark green leaves of Kratom are generally dried, crushed, and powdered. Fortified Kratom powered usually can find in light brown and green color. Chewed and dried leaves of Kratom are used in tea as a drug. Kratom products also available in the shape of capsules, paste, and tablets, but in the United States, mostly Kratom used as a tea for self-boosting and pain-relieving.

There is a chemical that exists in kratom leaves which is called Mitragynine. The performance of this chemical can be compared with opioid drugs, which are effective like morphine and codeine for pain relief. Kratom is declared legal in the United States, but it’s still not legally approved in Australia, Thailand, Malaysia, and numerous European Union countries. Kratom is usually used as an alternative drug in the United States market. Mostly Supplement companies and other energy booster medicine companies have kratom items in their stores.

It helps to uplift the mood and also increase physical strength. Moreover, in tension, anxiety, cough, diabetes, high blood pressure, depression, diarrhea, and chronic pain, Kratom is used as medicine. It also is used for digestive elements and improving sexual health & performance. In the rehabilitation centers, it is also used as a relief to taking out from opium dependence.

1.      Kratom has quick effeteness capacity. The European Monitoring Centre for Drugs and Drug Addiction (EMCDDA) declared in its research that a small dose of few grams produces high stimulant effects. Usually, after consumption, this small dose shows effect within only 10 minutes can be last up to several hours. Kratom consumers feel energetic by having a low dose. They feel more active and more gregarious. Alkaloids Mitragynine and 7-hydroxy Mitragynine are major Kratom elements, which have anti-inflammatory, analgesic, and muscle relaxant effects.

2.      Mood the elevation is a major clinical benefit of Kratom. In different studies, it is found that in building a positive state of mind and making consumers more active and optimistic, Kratom is the best alternate and useful element. Mitragynine element in kratom fixes to opioid receptors in the brain, which performs mood regulation activities. As a result, Consumer feels less anxious and more cheerful. To relieve depression and anxiety, sedative possessions of Kratom are also significant.

3.      As already said that kratom leaves have sedating effects. So when the Consumer took a dose of Kratom, it tempts the release of acetylcholine. This chemical is a neurotransmitter that performs a high role in boosting consumers’ focus as well as relieving pain, normalization of the endocrine organism, and muscle tightening. According to various researches, acetylcholine improves focus by enhancing the capability of the cortical circuits to reply to sensory stimuli and boosts memory.

4.      Kratom contains opioid-like results, but it does not perform like opioid drugs. Kratom provides similar sensations as an opioid. That’s why specialists suggest kratom products in addiction recovery treatment. Kratom does not bring long-term addiction during the interaction with opiate receptors. The appetite of a consistent consumer’s body for Kratom will always be normal. Kratom is beneficial in various opioid withdrawal conditions as vomiting, nausea, sleeplessness, mood swing, and as well as anxiety.

5.      This is possibly one of the smallest acknowledged benefits of Kratom products. According to research, Kratom shows positive effects on consumers’ blood sugar levels. That’s why experts suggest Kratom while suffering from diabetes. The alkaloids, which are the element of Kratom, leave support to control the levels of blood glucose and insulin.

Five Shortcomings of Kratom you may don’t know

Rather than its clinical effects and other benefits, it is still not approved for medical use. Long-term use of Kratom there are some side effects reported include discoloration of cheeks, insomnia, constipation, lack or loss of appetite, severe weight loss, etc.

1.      According to U.S research on kratom effects, it is observed that long-term use of Kratom may cause suffering from anorexia and sleep problems. To tackle this disturbance, consumers have to take a dose of Kratom, which indicates the addiction of consumers to Kratom.

2.      Constipation is also observed as the foremost side effect in kratom consumers. It means the effects of Kratom disturb the digestive system of consumers. That’s why sometimes complaints of diarrhea are also reported from kratom consumers.

3.      Kratom is also a reason for high blood pressure in heavy-dose consumers. According to the poison control center in the U.S, 1800 cases of kratom effects were reported from 2011 to 2017, including death cases. Almost half of these cases were about severe negative consequences like high blood pressure and seizures. The alkaloids in kratom leaves carry about limited physical variations, such as the increase in circulatory strain. You must have frequently got that Kratom performs similar an opiate. High-dose Kratom, which carries these elements, may relieve pain, but it also becomes the reason for high blood pressure as detected in many kratom consumers.

4.      Kratom consumers also have an issue of extensive sweating. When there is any activity taking place inside the body, then the body gets heat up. Then to maintain body temperature normal body starts sweating on the skin. The inside action can be anything like a hormonal rush or metabolic boost. 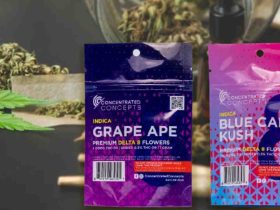