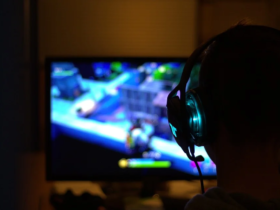 8 Gaming Tips That You Will Want To Hear

The gaming industry has come a long way from its console-dependent years. Thanks to advancements in mobile game development the new-age gaming experience promises to be more immersive and engaging than ever before. Valued at $98 Billion in 2020, the online gaming industry is expected to grow to $272 Billion by 2030.

Mobile games have become a social lifeline in recent years. Be it educational games like Minecraft or strategy games like Age of Empires, the opportunities are endless when it comes to market size in mobile games. There are tons of video game development companies that are now creating category-specific mobile games.

Here are some of the key factors driving video game development:

These days, the terms “smart home” and “smart television” are frequently heard. The Internet of Things, also known as IoT, is the technology that’s driving these breakthroughs.

The Internet of Things (IoT) can be defined as a technology that allows our devices and gadgets, such as mobile phones and wearables, to send data over the internet. This data is analyzed and used to create a new kind of digital intelligence to study various activities and assist us in bettering our lives.

In simpler terms, the Internet of Things bridges the gap between the physical and virtual world, making our surroundings smarter and more responsive.

IoT app development has pushed video game development to new heights. Until only a few years ago, mobile games were limited to a single player. But today with powerful smartphone capabilities, mobile gaming has transformed into a social activity.

Mobile game developers and designers can now make use of advanced hardware and software features to create games that appeal to a huge audience base and offer a gaming experience that is simply hard to resist.

How IoT in Gaming Works

In light of the Internet of Things and its widespread use, today’s games are interconnected via a wireless network that is completely web-based and accessible from anywhere on the planet. Game lovers can now invite friends online and play games with them whenever and from wherever they want.

PUBG has been a generation’s favorite multiplayer mobile game and is a good example of IoT.

Modern smartphones are equipped with exceptional hardware and software capabilities. Be it pressure and touch sensors, accelerometers, heart rate monitors, and cameras, our smartphones are capable of collecting a great amount of user-centric data.

This data can be more than handy in understanding how users behave while playing video games online. For instance,mobile game developers can use facial maps to estimate player satisfaction during a game without jeopardizing the player’s privacy by assessing reactions via facial expressions.

Let’s look at some of the key ways IoT is changing the mobile gaming landscape:

Game development has seen a significant improvement in terms of playing modes. Games are being developed in multiplayer mode with the ability to connect and interact with other devices belonging to friends or family members so that people can play the game together.

Games that cater to the community spread like wildfire because those who want to play them and those who enjoy them endorse the game on social media and invite their friends to come to play with them.

The most fascinating aspect of using the internet of things in this situation is that it allows devices to be connected using only the game’s inbuilt functionality. Multiplayer games like Free Fire allow players to communicate with each other and share their gaming strategies to stay alive on the battlefield.

2. Bringing Fun to the Boring

A major impact of IoT has been in education and healthcare. Previously things that seemed mundane and boring have been transformed into fun and entertaining.

Healthcare and fitness experts are looking for ways to make that activity more engaging, motivating, and enjoyable, and games play an important role in this by connecting various internet-based devices like smartphones and fitness trackers and using them as sensors for the character to play games.

As a result of internet-based gaming and similar devices, the gaming industry has become more versatile in terms of offering a wider range of games. You can now check out a plethora of game categories and types on the internet.

Wearables can be used to play video game versions of sports such as cricket, tennis, and football. Other games like Ludo, Chess, and Pokemon Go are all present in such a way that people can play them with their friends and family by calling them on board.

The Internet of Things (IoT) and technological advances have transformed gaming and the games we play today. With the help of IT support Geelong, games also become a technologically advanced medium. Customers’ preferences are forcing developers to come up with new ideas.

From OTA updates to sending users gentle reminders on excessive game-time, the Internet of Things (IoT) has made it possible for the gaming industry to make advancements that are well-rounded and prioritizes all categories of user concerns.  There is no doubt that IoT will usher Mobile game development into the next level over the next decade.