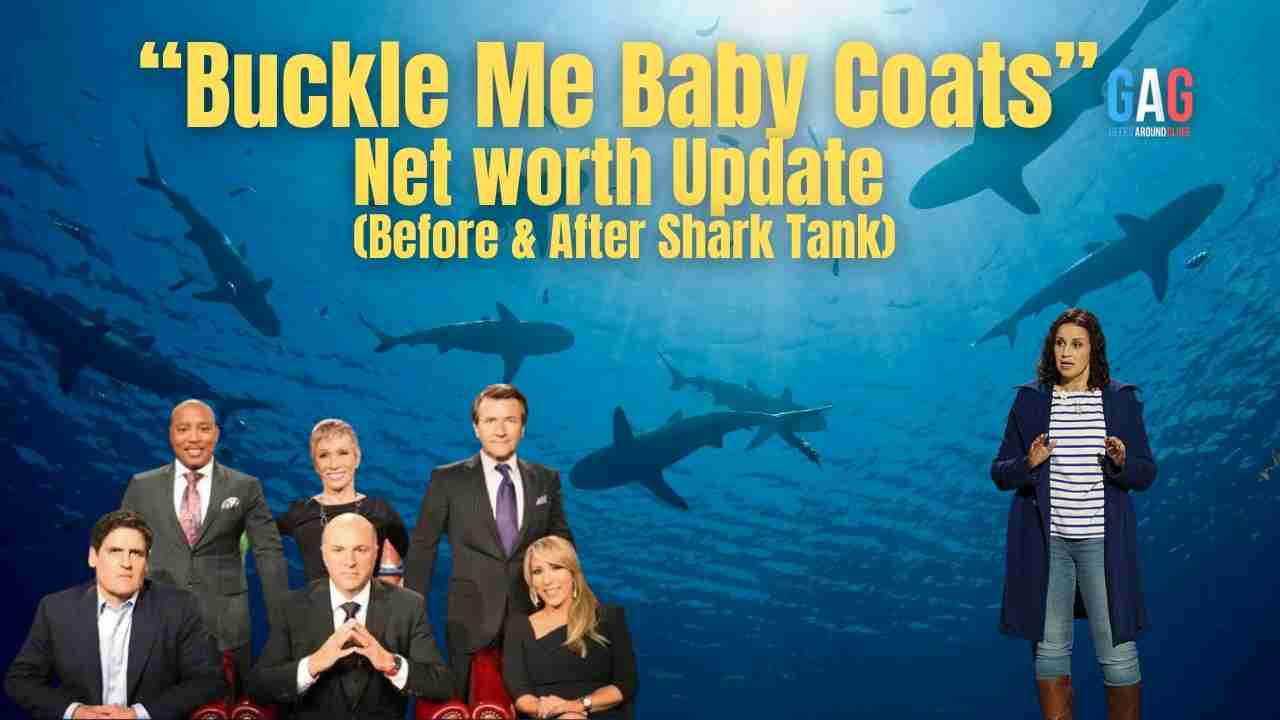 “ Buckle Me Baby Coats” Net worth Update (Before & After Shark Tank)

Gobie H2O is a reusable water bottle with a built-in filter production company. It appeared in the Shark Tank season 4 episode 21. So, founder Rusty Allen enters the show with the hope of $300,000 for 10% of equity.

However, he ended up getting a deal of $300 000 for 40% with Daymond John. But unfortunately, the company went out of business in 2016. And the product is no longer available in the market.

So, what happened to Gobie’s water bottle after the Shark Tank? Let’s find out more.

The Net Worth of the Gobie water bottle for 2022 is unavailable. It’s because there isn’t any update regarding the product since 2016. However, the company was valuated at around $3 million at the time appearing on Shark Tank.

The Gobie water bottle is out of business in 2022. The company’s last social media update was in June 2016. Also, the company’s official site has been taken down since 2021. Followingly the brand is not available with all retailers including Amazon.

But Rusty Allen’s LinkedIn account listed the company as still active. But Gobie water’s Facebook and Twitter accounts haven’t been updated since 2016. However, he started a new company named “Happi Canine” in 2018.

What is the Gobie water bottle? [product overview]

Gobie water bottle is producing BPA-free reusable water bottles made with Tritan. The bottle is constructed with a carbon-based filter made with a hard shell. Also, it comes with an ergonomic handle and a large cap. One bottle sold for $29.5 and a reusable filter only cost $10.

Also, one filter can filter approximately 100 gallons of liquid and remove 99.99% of water pollutants.

” We believe every human being on earth has the right to clean, great-tasting water, for life.”

Because of this amazing technology behind the product many wanted to know the background behind the founder.

Who is the founder of Gobie water bottle?

Rusty Allen is the founder of Gobie H2O water bottle. He graduated with a bachelor of fine arts in industrial and product design. Then he worked with a few different companies as an industrial designer.

Later he started his company “GOBIE H2O” in 2009. However, he has launched a new dog supplement company name Happi Canine in 2018.

Allen entered the Shark Tank hoping for 300 000 for 10% of equity. Firstly, he introduces the product with a demonstration of flex-flow technology. So, Kevin O’Leary was curious whether he expected to sell the product in the USA or other countries.

Lori Greiner said she had seen multiple similar products. So, she felt there is “a ton of competition out there”. Hence, she left the deal. Kevin thought he doesn’t have a proper business plan and dropped the deal.

Mark Cuban told “you are selling the wrong product and he’s out. Followingly Robert Herjavec told “You don’t understand the business you’re in” refusing to invest. However, Daymond John wanted to know Gobie’s water bottle revenue.

But he offers $300 000 for 40% of the company after knowing the purpose, So, Allen agreed with him after some negotiations and finalize the deal. But what happened after the deal was finalized?

Gobie water bottles sold around 10000 bottles and 150000 filters in 17 months. So, they had a total income of around $285 000 at the time appearing on the show. However, Daymond john posted about the deal soon after the show.

Last #sharktank tweet: FYI Rusty frm Gobie H20 has been great 2work with & a team player. I found a winner! Enjoy the weekend everybody!

Following the publicity received after the Shark Tank company sales increased. Not only that the company started selling products to retailers including gobie water bottles on amazon.

But unfortunately, the product gradually started to receive negative comments. So, their ratings reduced rapidly. Because many customers thought the product was too expensive compared to many other options in the market. Also many found some faults like water leaking. Flowingly products didn’t been available on their official sites and retailers since 2015.

But the product’s positive reviews took over $300 000 in sales and yet not that kind of fail. As of 2022, the company is no longer in business.

Gobie water bottle is made convenient to drink on the go. Not only that it fits with all types of cup holders. Followingly the replaceable filter has 3 months life guarantee.

It is biodegradable and removes all the odor, taste, and colors from water. Also, the bottle design comes with a squeezable rubberized surface and a supple diaphragm. However, despite all the positive features competitive similar products caught the market soon.

Who are the competitors of the Company?

There are many water bottle brands with similar functions available now. Some of them are OKO H2O and LARQ water bottles.

Gobie’s water bottle was out of business in 2022 November. So, the product isn’t available in the market now. But you can find different options with similar functions.

What is Gobie’s water bottle revenue?

What is gobie water bottle’s net worth in 2021?

According to the data, the online company stopped operating in 2016. So the product’s net worth in 2021 is unavailable.

Where can I buy a gobie water bottle?

Gobie water bottle is no longer available in the market

No, the company is out of business since 2016

What is Rusty Allen’s new business?

His company is named Happi Canine. And the company sells dog nutrient supplements made of fish oil.