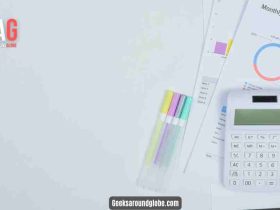 Getting married is one of the most important and life-changing events of any individual’s life. Feelings of euphony and unison surround you, all you can think about is spending eternity with the love of your life.

However, before walking down the aisle and saying “I do!”. There are some matters that need to be taken care of, one of them is creating a prenuptial agreement.

A prenuptial agreement is where the two partners list down all of their financial assets and liabilities at the present moment. It also specifies each partner’s right of property and assets during the marriage and in the event of divorce. It is signed before the marriage so it is called “pre”nuptial.

Who Is It For?

Prenups are usually considered to be for the rich because they protect the assets of a wealthy fiance. But couples who are well established are also seeking prenups for their own reasons.

There are many reasons for which you can create a prenup contract and some of them are stated below:

To safeguard the right to property of children from previous marriages. A couple can specify and outline the inheritance of their children from previous marriages in the event of their death. This way the property will be divided separately among the children and the surviving partner. If the couple does not have a prenup, the surviving partner can consolidate most of the property and leave little to no inheritance for the children.

Specifying and outlining financial duties and rights. It is possible that the couple does not have any children or other dependents but they can still sign a prenup. It helps set financial guidelines.

Avoid a lengthy and expensive divorce. The financial and emotional aspects already sorted in the prenup you can part ways with dignity. This will not only save you money and emotional trauma but it will also help you to move on quickly.

Protects you from debt. It alleviates you from the responsibility of your ex-spouse’s debts. It can also relieve you from other aspects of their lives.

State laws are increasingly becoming accommodating towards prenups. But the legal situation was not like this in the past. Courts were wary of prenups and they had to go through increased scrutiny before being accepted. Prenups were considered to waive off legal responsibilities from the financially vulnerable partner. They were also thought to encourage divorce.

With the rise in divorce rates and remarriage, states have tried to legislate laws that facilitate these agreements. Every state permits prenups but they have outlined a certain set of rules and guidelines to follow and if the prenups fail to meet them it would not have any legal value.

Where To Get A Legal Prenup

With state laws enacted the courts are fulfilling their duty of carefully inspecting prenups. So it has become important to draft a prenup that is clear, understandable, and meets legal requirements.
If you are likely to draft a prenup then you should get it reviewed by an expert or you can come to our prenup attorney in Houston TX. Our team at Skillern Firm will help you to draft a prenup and guide you through all the legal technicalities that come your way.

What is a beam shaping diffuser and what is it used for?