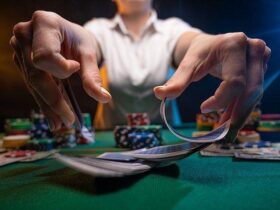 When you play a game, you know what it is and what it’s about. Very rarely does someone turn on their PlayStation and suddenly think they’re logged into their online casino account. That’s not what we mean when we talk about telling video and casino games apart.

Instead, it’s about looking underneath the surface at the similarities they share. Once you do that, it becomes clear that they are more closely linked than ever before. Why is that the case?

The Evolution of Gamification

Gamification incentivizes users to play more, which is why the strategy is effective when used correctly. As recent history has shown, video game giants and online casino operators are masters at the art. However, as gamification evolves and the industries lift features from each another, they inevitably begin to resemble one another.

The use of MMORPG components within online casino offerings is a fantastic place to start because lots of the providers’ offerings mirror features found in League of Legends and Fortnite. For example, the bonus rounds where well-defined characters are central to the gameplay, some of which are found in popular eSports and free-to-play titles. In this sense, the line between the MMORPG and online casino worlds has become blurred.

Of course, video game developers want to enhance their systems to engage players. As a result, they use features that are synonymous with their iGaming peers. Some are subtle, such as leaderboards based on points totals, and others are more direct, like the playable slot machines and table games found on Grand Theft Auto: Online, Grand Theft Auto: V, and the Red Dead Redemption series, with the former going as far to offer bonuses such as no deposits and win spins that bring another dimension to the user experience. They are virtual in video games, but they reflect the real money bonuses that iGaming enthusiasts claim regularly, the ones that have encouraged more people to play and added to a billion-dollar sector.

Thanks to gamification strategies, video and casino game companies are now in direct competition. The fact their features overlap into their respective territories makes it a self-fulfilling prophecy. The more alike they become, the more they step on each other’s toes, and the harder it is to differentiate themselves to the public.

The definition of online gaming says it all since it includes games that are playable on browsers, which includes offerings from both industries. And as the market gets super competitive – revenue in the segment has reached $23.79 million – operators need to find ways to stand out from the crowd. The funny thing is, they are searching in the same areas. Consider virtual reality headsets for a moment. While Sony has its own version, and the Oculus Rift is compatible with new-gen consoles, there are also virtual reality online casinos and VR casinos headsets. Move onto payment methods and you find the same outcome. For example, cryptocurrencies are dominating the transactions of players from both verticals, especially as PayPal enables video gamers to build up Bitcoin and Litecoin stocks.

Essentially, once someone makes a move, the other must cover them in case they get left behind. Therefore, they aren’t just resemblances in software, but hardware too.

At the core of video and casino games are shared elements. This phenomenon won’t disappear, which is why the online gaming universe will come closer together in the future. 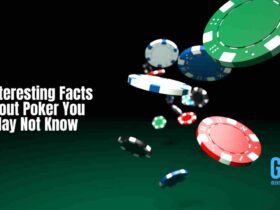 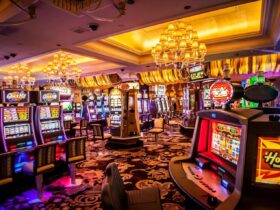 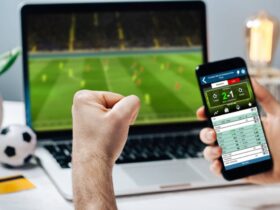