Whenever we talk about addiction, it’s always the drug kind that comes to our mind that we highly discourage. But that’s not where it all ends. There is more to it than one can think of. And in the current media and social media era, it’s far more deep-rooted and advanced than one can think of.

When Covid struck us, we were not prepared for it at all. And people would always try to find things to do in boredom. Eventually, everyone turned to the online world of streaming and video gaming. Things were fine until they weren’t. And soon, the whole addiction levelled up where users could not even handle the commercial ads on cable TV and began searching with queries like is Sling TV available in Canada? and so on.

This not only helped cut down their monthly bills but also carved the way for ad-free on-demand streaming at all times, which may seem like a steal to us but is actually a massive liability for people who have the tendency to get obsessed and addicted to constant streaming and so on.

There have been various cases where people have stayed awake for as long as one can remember because they just can’t shut down their screen. It’s always just about that, “one more episode,” but we all know that the loop never ends. The never-ending last episode and the need to fill yourself with the sneak peek of the next episode ends you up with watching the whole hour-long show even when you have work in the morning or chores pending. That is how bad it can get.

And if you ask us, we all are doing it; billions of people have multiple streaming subscriptions on their accounts because one is just not enough. The capitalistic society has made us think that we must get that SVOD App subscription, and the peep pressure involved, it’s all way too much for any one of us to handle.

The same is the case with gaming. The gaming industry has developed so much in the past few years with advanced AI and virtual reality, that people have stopped caring about their personal hygiene as well. There have been numerous case studies that indicated that people diagnosed with online gaming addiction have disorganized behaviors and little to no self-hygiene, which is an alarming situation for us all.

Things that could get this worse are an indication that it is possible in not one but more than one case. While a lot of them are reported to the proper authorities, there are various of them that go unreported, resulting in severe mental and physical health distress. Let us not forget that this also limits human contacts as multiplayer online gaming fulfills the “social” need of a person already. Their disconnection from reality and the people in the surroundings cause severe distress in their personal relationships resulting in abandonment, divorce, and much more.

So when it comes to comparing the two types of addictions and the verdict that which one of them is more hazardous. We would definitely vote for gaming, as it has shown much more severe cases and mental distress than streaming.

But this does not mean that streaming is the “safer” option than both of them, not at all. It is the opposite. There is a famous saying which states that everything is great in moderation. And hence we would recommend that you do so too. We get that it is one of the Covid blues that has left you with little to no choice in the things you must keep yourself occupied with, but you must indulge yourself in various other things and hobbies to make this time worthwhile and productive.

Downsize your screen time until and unless it is a new learning experience for you; grab that pan and start cooking out of the stuff available in your pantry. Bring out the weights and start working out every day to keep your body active, and don’t be a couch potato at all! 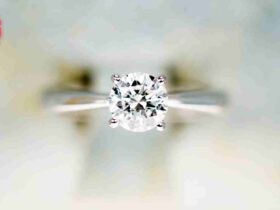