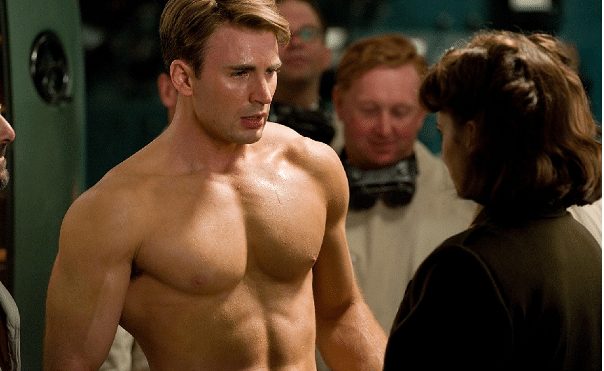 People are now freaking out as Chris Evans shows his body covered in Tattoos.[VIDEO]

Once restrained to books and tabletop role-playing games, the fantasy genre has exploded across entertainment media. Of course, fantasy novels, comics, and tabletop RPGs are still around today, but fantasy has become popularised in the modern era through movies, television shows, and games.

There are a great many movies coming out every day, but despite the genre’s popularity, it’s somewhat rare for a fantasy movie to get a major release these days, while we’re now in a place of fallout after a colossal fantasy TV series concluded. In gaming, fantasy is one of the most common genres, with much of its draw being from the medium’s ability to fully immerse its users in the created world.

So, just how big is fantasy right now, what are the properties upholding its popularity, and what makes the genre so alluring?

Becoming one of the most popular genres in entertainment

Before we dig into the numbers, we should clarify what exactly the fantasy genre encompasses. It is a vast genre, with so many different subgenres capable of being tagged to the fantasy label. Fantasy can range from small inclusions of fantastical elements, such as a creature of myth appearing in the real world, all the way to high-fantasy. This form of fantasy characteristically takes place in an entirely fictitious world, but there are some exceptions based in the real world, past or present, that can also be classified as fantasy.

As is often the case, books are what bore the fantasy genre, and they remain a hugely popular way to experience the fantastical worlds. In fact, 2016 book sales found fantasy to be the overwhelming best-seller, with high fantasy being the biggest of the sub-genres – even ahead of the young adult genre. Often wrangled in with science-fiction in statistical reports, it was found that the double-genre doubled in sales between 2010 and 2018, even amounting to US$590.2 million in sales in 2019 – the fourth best-selling overall.

Products keeping fantasy at the forefront across entertainment

A genre could be interesting, immersive, and commercially successful, however, without talented creatives who can utilize its themes and tropes to create quality products, the genre may as well be ignored. For fantasy, when it’s done right, it tends to go big, drawing in all audiences – even those not strictly a part of the associated geek culture.

For many, JRR Tolkien is regarded as the father of modern high fantasy thanks to his creation of Middle-earth. That said, some would credit Robert E. Howard, creator of Conan the Barbarian, as the original creator of popular fantasy. We’ve had great fantasy franchises since such as Harry Potter, Game of Thrones, the Grishaverse, and His Dark Materials.

On the silver screen, the big one is, of course, Game of Thrones. Regardless of how the final two seasons went down, it easily captured a colossal audience for the fantasy genre unseen for over a decade. Stranger Things, Merlin, His Dark Materials, Penny Dreadful, True Blood, and Grimm have also propped up the genre over the years. In addition, there are of course the film adaptations of Tolkien’s work in the form of The Lord of the Rings and The Hobbit trilogies, which are regarded as the undisputed epic fantasy titleholders. That said, the likes of Pan’s Labyrinth, The Wizard of Oz, and the Harry Potter saga are also up there.

As mentioned, gaming is where fantasy can really come to life, with Baldur’s Gate II, The Witcher Series, The Elder Scrolls series, Greedfall, The Legend of Zelda, God of War, and World of Warcraft immersing players in fantasy landscapes. The appeal of fantasy gaming even extends to Age of the Gods and Blue Wizard, slot games that are so popular that the William Hill platform offers bonuses to players to encourage them to join. In fact, the slot gaming scene and desire to be renowned as a well-reviewed free spins casino is so great that directory sites are essential to navigate them. So competitive is the fantasy genre that developers are constantly in a bid to out-rank one another with the edge of bonuses and incentives.

What is it about fantasy that makes it so popular?

As you can see from the examples above, there have been plenty of smash-hot fantasy creations to keep it in good stead with audiences. At the core of almost all fantasy is escapism – although some do manipulate the genre to relay the real world, but far more subtly.

Not only does this transportation to a new world help us to escape our own, but it also makes everything much more iconic and memorable. People, creatures, beings, and even buildings can all be so different than the imagination can run wild, concoct what these elements look like, or be dazzled by them on the screen. As long as the world-building is comprehensive and the characters develop as they would, fantasy’s a winning formula.

Fantasy’s a much-loved genre, and now that unmissable media properties have removed it from the stigma of being purely geeky, it’s even bigger than ever before.