6 Most Trusted And Secure Keyboard Applications

When it comes to high-performance computing (HPC), a few key things need to be in place for systems to run effectively. This article will look at the three most essential components of HPC and discuss why they are so important.

What exactly are the components of an HPC system, and what function do they serve?

The three most essential components of HPC are the CPU, memory, and storage.

The CPU is responsible for processing information and performing calculations. Without a powerful CPU, an HPC system would be unable to handle a large amount of data it needs to process.

Memory stores data while the CPU is processing it. Without enough memory, an HPC system would quickly run out of space and be unable to process more data.

Storage is where data is permanently stored. Without enough storage, an HPC system would be unable to keep track of all the data it has processed over time.

Why are these components so important?

How does an HPC system work, and how is it different from a traditional computer system?

An HPC system is designed to handle a large amount of data quickly. An HPC system must have a powerful CPU, enough memory, and plenty of storage.

What industries use HPC systems, and why are they so crucial to these industries?

There are a variety of industries that use HPC systems. These industries include weather forecasting, financial modelling, and scientific research.

HPC systems are crucial to these industries because they allow for the quick processing of large amounts of data. It is essential for industries such as weather forecasting, where time is of the essence.

HPC systems are also crucial for scientific research. An HPC system allows scientists to process data much faster than a traditional computer system. It allows them to test hypotheses and run experiments more quickly, leading to discoveries.

How has the development of HPC systems changed over time, and where is it headed in the future?

HPC systems have come a long way since they were first introduced. The earliest HPC systems were large, expensive, and required a lot of maintenance.

Nowadays, HPC systems are much more compact and affordable. They are also easier to use and require less maintenance.

There are many benefits of using HPC. Some of these benefits include:

Increased speed: HPC systems are designed to handle a large amount of data quickly. It can be highly beneficial for industries where time is of the essence, such as weather forecasting or financial modelling.

More accurate results: because HPC systems can process data much faster than traditional computer systems, they can produce more accurate results. It is essential for scientific research, where even the slightest error can lead to incorrect conclusions.

Reduced costs: HPC systems have come a long way in recent years and are now much more affordable than they once were. Additionally, with the continued development of new technologies, the cost of HPC systems will only continue to decrease.

Increased productivity: with an HPC system, businesses and organizations can be more productive. It is because HPC systems allow for the quick processing of large amounts of data, saving time.

HPC systems are powerful tools that can provide a variety of benefits. These benefits make HPC systems essential for various industries, including weather forecasting, financial modelling, and scientific research. With the continued development of new technologies, HPC systems will only become more affordable and accessible. As a result, we will likely see an increase in the use of HPC systems. HPC as a service is an excellent solution for businesses and organizations that want to take advantage of the benefits of HPC without having to invest in their system. 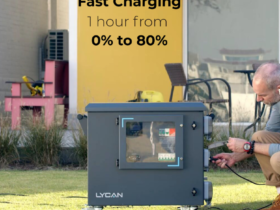 How to find the right solar generator