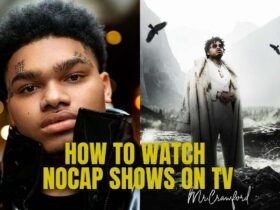 How to watch nocap shows on tv

Cryptids are a popular subject that was used to create many tv shows. It circulates monsters that claim to exist but have never proven to exist. Cryptids do not have to be supernatural, and mythical. Monsterquest, Gravity falls, Mountain Monsters, and Monsters and Mysteries in America are some examples of this category.

It is an American mystery comedy animated tv series. The series premiered on 15th June 2012. It ran until 15th February 2016. Alex Hirsch is the creator of this series. He created it for the Disney Channel and Disney XD. Tobias Conan Trost, Brian Doell, and Suzanna Olson are the producers of this series. Gravity Falls follows the adventures of Dipper Pines and his twin sister Mabel.

In the series, they are sent to spend the summer with their great uncle Stan in Gravity Falls. Jason Ritter voiced for the Dipper Pines. While Kristen Schaal voiced for Mabel. It consists of two series and 40 episodes. After watching this series, you may feel animations are funnier than live-action.

It is also an American television series. It comes under Paranormal Genre. The series originally aired from 31st October 2007 to 24th March 2010. Stan Bernard is the narrator of MonsterQuest. It consists of 4 seasons. There are sixty-eight episodes in it. Its running time is around 45 minutes. The series explores strange and unknown creatures. You can watch it now on Prime Video, Philo, Apple TV, History Vault, and The Roku Channel.

3. Monsters and Mysteries in America

Monsters and Mysteries in America is an American documentary television series. It is a reality in the genre. The famous narrator Roger Rose is the owner of its lyrics. Season one consists of six episodes. It aired from March 2013 to April 2013. Seasons two and three consists of twelve and ten episodes respectively. The series includes numerous legends in each episode.

There are three segments monster, legend, and phenomenon in each episode. The first season was based on a specific region in the United States. But the next two seasons are not like that. It premiered on 24th March 2013 on Destination America. Later, the Discovery channel repeated it. Keep in touch who likes to live with monsters. It also airs on the Animal planet on their Monster weeks.

This is an American animated tv series. It debuted on 3rd October 2008 in the United States. The plot of this series consists of adventures on Saturdays. It is more about a family of cryptozoologists that work to keep the truth about cryptids. They are doing it to protect both the human race and the creatures themselves.

The Secret Saturdays have influenced a lot by the 1960’s era Hanna-Barbera action series. Later, It combined with Jay Stephen’s interest in cryptids. Keep in your mind that he is the creator of this amazing tv series. Scott Jeralds is the director of it. Phill Morris, Nicole Sullivan, Sam Lerner, and many more gave their voices to make it a success. It consists of two seasons and 36 episodes.