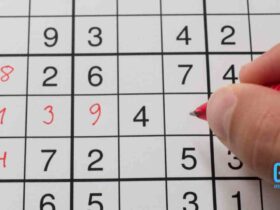 Grand Theft Auto is making headlines again and sadly not because they’ve finally announced GTA VI. Rockstar Games have continued to create rereleases, updated content, more DLC packs and created entirely new spaces for GTA online but we still don’t have GTA VI to look forward to yet. Rockstar’s latest announcement is that they will be remastering GTA III, Vice City and San Andreas for the latest consoles, and while it’s not the news that anyone had hoped for it still seems to have had a positive reception from most fans.

Will You Be Able To Play On Every Console?

The GTA trilogy will be available on PlayStation 5, Xbox Series X|S, Nintendo Switch, Playstation 4 and Xbox One. The remastered game has the same base storylines with a few updates. GTA V undoubtedly had the best controls of the entire series so the news that Rockstar will be updating all of the games to have GTA V style controls was very welcome and will make switching between games a lot easier.

What Has Been Improved in The New Version?

Every game in the trilogy will receive improvements on aiming, upgraded radio station and weapon wheels like that of GTA V. Potentially one of the most useful updates will be that of the mini-map so that players can actually see where they’re going and hopefully cut out all of the wrong turns.

Rockstar have also said that they’ve made some visual enhancements like resolution upgrades among other things to “faithfully tune and improve upon all three games, while also maintaining their distinct original aesthetic”. If done well this will be welcome news for players, as GTA IV was almost unplayable in some parts due to the combination of dark colours and poor resolution which made driving near-impossible.

What Do Fans Feel About The Re-Release?

While all of these updates are welcome and the remastered trilogy looks set to be successful, a lot of fans are annoyed that there is still no announcement of GTA VI. While a release is due, it’s not a great surprise that we haven’t heard anything yet. There were 7 years between GTA III and IV, then another 5 years before they released GTA V. The last game in the series came out in 2013, making it 8 years since the last release. Rockstar Games are known for their incredible graphics that make it feel like you’re playing a film, and those graphics take a lot of time and effort.

Other Versions of The Game

Another popular release was the Red Dead series which was hailed for its incredible attention to detail with things like the main character’s beard growing and needing to be shaved every so often, or shivering in the cold if you didn’t equip the right coat. There were 8 years between the first and second instalments of Red Dead because of the amount of detail in the game. After the huge step up between GTA IV and GTA V it’s going to take some time to improve again which they will want to do. The pandemic will also likely have halted any progress for quite some time, which we’ve already seen in the film industry, which will set them back even further.

Having said that, Rockstar usually announces games two years ahead of release so it’s going to be at least a decade between GTA V and VI at this point.

Will GTA VI Ever Be Released?

Another reason that GTA VI is unlikely to be released anytime soon is the huge success of GTA Online. Updating smaller parts of the game and releasing extra DLCs is much easier than creating an entirely new game so Rockstar are of course going to push this for as long as possible. They put time into creating an entirely new space – The Diamond Casino and Resort – which adds more longevity to the game. Shark Cards have been hugely popular in GTA Online too. These micro-transactions continue to line Rockstar’s pockets which discourages them from releasing GTA VI.

Why Continue With Re-Released Versions?

Simply put, as long as Rockstar can continue to make money from the games they’ve already released then there’s absolutely no incentive to create something new. Players are continuing to buy Shark Cards and online expansion packs which keeps GTA Online profitable so they don’t need to revive the brand by announcing a new release. GTA VI will be announced at some point because the franchise is still hugely popular, but as long as GTA Online continues to turn a profit it’s unlikely to be any time soon.

By re-releasing versions that fans are already familiar with, it helps to ensure that they’re going to be happy with the game in general. There is usually a big build-up in the days leading up to a game such as GTA VI being released – which means that avid gamers usually have high expectations. When there is so much riding on the release of a game, developers have their work cut out for them. For example, The Diamond Casino and Resort within the game takes inspiration from some of the best casinos in the world and this is something that games have responded well to. There would be no issue with changing these casinos in the game – but the new games would have to be something bigger and better than what has previously been on offer.

The Future of Gaming

The truth is that gaming is constantly changing and evolving – you only have to look at the 2021 version of Fifa and the features the game has to see how much gaming is changing. If Grand Theft Auto VI isn’t released anytime soon then they have a real possibility of being left behind in terms of technology – and that is something that fans will not be happy with. Instead, they need to make sure that they do what they can to release the game (if that is indeed what they’re going to do) while the features in the game still match what gamers expect from a game.