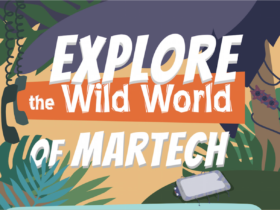 The Guide to MarTech Today

Every trip to the underwater world is an experience that would take a lot of mental effort to forget. The mesmerizing views of vast azure expanses, thick seaweed jungles, vibrant coral settlements, and dozens of sea creatures of all sizes swimming about their business can fascinate even a most sophisticated and picky diver. We take pictures to capture the moments we don’t want to forget, and even though such trips to the brine realm have a tendency of becoming unforgettable, many of us want a piece of that memento to always be with us. Regular cameras and water have a complicated relationship that always leads to one breaking the other down. We don’t support destructive unions, so leave your cameras and phones ashore, for there is something that can perform the task with unparalleled mastery. Our outdoor equipment store, gritroutdoors.com, presents: underwater cameras and where to find them.

Other than the ability to function in aquatic environments, underwater cameras are not that different from regular ones. In the same manner, you should choose an underwater camera based on a variety of different features. Since seas and oceans don’t let as much of the light in as the surface, you might want to opt for a camera with good low-light performance. Since the water is denser than the air, all our movements and gestures meet more resistance, that’s why it is important to have a camera with full manual controls for easier operation. However, all other regularly considered factors such as resolution, video recording capabilities, the ability to shoot in RAW format, and the variety of compatible lenses and underwater camera accessories. Even though there is no best underwater camera that every diver can make use of and get exactly what they need, there are models that can benefit you more than the rest, depending on your needs. We’ll cover two categories of waterproof cameras so that everyone from a novice underwater photography enthusiast to a more experienced photographer could find something for themselves.

Compact cameras have a certain reputation among photography enthusiasts because of how their performance relates to other cameras. They are believed to produce pictures of lower quality, have shorter battery lives, and give their users less control over depth of perception. While some of those points have some truth behind them, nobody would continue to produce such cameras if they were ultimately inferior. Besides, camera technologies never stopped developing, and even compact cameras can now record video in 4K resolution. They combine newly acquired benefits with the ones that have always been there before: smaller size for more comfortable travel and less weight for easier carry, lower price, and the ability to change lenses underwater, giving the photographer more flexibility during the dive. Those are the perfect cameras for unprofessional photographers who won’t spend an hour choosing an angle and adjusting the lighting to take a single shot. The simple auto settings make it easy to take images of decent quality with little effort.

The most beginner-friendly waterproof digital camera on the list, Sealife Micro 3.0 won’t give you professional-level pictures but is still worth every cent you pay. The compact body houses a 16MP Sony 1/2.3″ image sensor and 100 degrees Wide Angle Lens. The Micro 3.0. brings its users ultra-high definition video and the ability to capture images in RAW (Adobe DNG) format. The higher number of manual features is the cherry on the top of this affordable underwater cake. It requires no additional housing and is ready to go the moment you take it in your hands. With three hours of battery life and three piano-key-type buttons, Sealife Micro 3.0 makes for a fine companion in your underwater adventures.

If you prefer world-renowned brands’ goods, Sony has some of the best compact cameras available on the market. This one is not inherently waterproof and requires underwater camera housing to function in an aquatic environment, but that’s a small price to pay for the quality you get in return. This camera houses a 20.1MP image sensor and 24-200mm zoom lens that allows the user to get detailed macro and super-macro images. The RX100 VII can also boast the best auto-focus technology Sony developed, capable of real-time autofocus tracking, which will come in handy when taking photos of swift reef fishes and other marine critters. Other than that, the camera has all features of the exemplary waterproof camera.

Mirrorless cameras dominate surface photography and now descended into the depths to claim their rein there as well. With a noticeable decline in DSLR cameras’ popularity, the mirrorless lot swims alongside the compact cameras in the marathon for the title of Best Waterproof Camera. They offer a different level of image clarity and color fidelity, improved autofocus systems and image stabilization, and a bunch of better lens mounts. Of course, all these treats come at a higher price, but if you are a passionate photographer who wants to capture the true beauty of the sea realm, no price is too high.

Even though Sony A7C is a full-frame mirrorless camera, you don’t need to be a professional to make wonders with it. It combines full-frame features with a compact design, a mix that is nothing short of perfect for a diver photographer. With a 24.2MP image sensor, BIONZ X image processor, a 5-axis SteadyShot image stabilization, 4K video, and fast autofocus system, this is not only a good underwater camera but an all-terrain 5-star image taker. Combine it with an underwater housing – and voila, a top-notch 4K waterproof camera is at your disposal.

The giant of underwater photography, Canon EOS R5 carries a 45 MP sensor that captures images with clarity and authenticity that might make it hard to tell the photo from reality. The enhanced image-stabilization system allows shooting at low shutter speeds without any loss in clarity. The autofocus system is so elaborate it can track fish eyes in several shooting regimes and does so exceptionally well when shooting macro photos. The 8K video won’t leave any viewer indifferent to the quality and sharpness of the visuals. As you can imagine, this camera is at the forefront of the photography industry, and the price tells it more eloquently than any words.