Why Runescape is still one of the best MMORPGs? 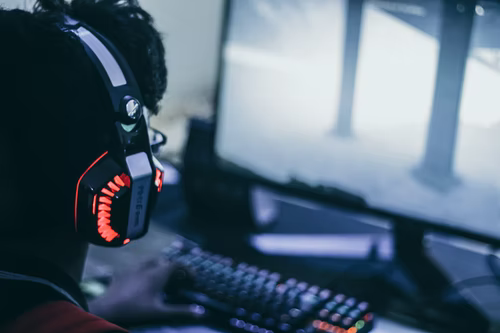 Final Fantasy is an extremely popular fantasy role-playing game that has captured the hearts of young and old for over three decades. Final Fantasy XIV is an online multiplayer game, and one of the series’ latest incarnations. The game’s currency is called Gil. With Gil, you are able to customise your character’s appearance, buy better weapons, horses, and lots more. Gil can be earned by completing quests, slaying enemies, and completing dungeon challenges.

In order to improve your character’s aesthetic and buy the game’s most desirable items, you need more Gil. This article will tell you about several proven ways of earning more:

The easiest, quickest, and most effective way of acquiring Gil is to buy it from online sellers, which you can do through online marketplaces. According to Chick’s Gold, which is widely considered to be the best FFXIV currency seller, acquiring Gil can help you to level up faster. Instead of having to struggle through a variety of difficult quests to get your Gil, you can buy it directly, and have it delivered efficiently, and quickly. As far as discretion is concerned, it is very important. Unfortunately buying Gil is prohibited on FFXIV, so discretion is key.

Before you select an online marketplace or seller, make sure that you do your research. It’s often best to deal with pre-established marketplaces, with good reputations. Unfortunately, the Gil trade is fraught with scammers. In order to ensure that you get the best deal possible and don’t get scammed, you need to find the best service that you can. You can do this by reading reviews, researching, and networking with other players. There are lots of subforums and chat rooms online where you can discuss Gil sellers with other buyers and players.

Another way of acquiring Gil is through weekly challenges and the game’s duty roulette. While these methods certainly aren’t as quick as buying them is, they are still much quicker than many of the other methods that we will go on to mention. When playing the duty roulette, make sure that you are an ‘adventurer in need.’ Experts advise using a tank or healer class because there tends to be a shortage of these classes. By using them, you will get a Gil bonus. Make sure that you don’t forget to exchange your Tomestones for additional gear. You can resell this gear for Gil. Once you have acquired this extra gear or loot from challenges or the daily roulette, sell it to players at the auction house.

If you can’t afford to buy your Gil directly from an online marketplace but want a constant supply of it, then crafting and gathering is one of the better options available to you. There are lots of jobs that you can select in-game, from carpenter to botanist. Many of the game’s available jobs involve crafting items, though some also involve gathering materials. Gathering items is a steady source of income because the items gathered are always in demand by other players and can be sold on to crafters very easily. Crafters rarely go out and gather their own materials, because this takes up a lot of their time. For this reason, if you get a job as a gatherer, you can sell materials directly on the marketplace to the game’s crafters.

Crafting is also a very lucrative way of acquiring Gil, especially armourers, goldsmiths, and alchemists. If you produce high-level equipment, then you can sell it for a high mark-up. Levelling up as a crafter will allow you to craft higher quality gear, which will get you the most money.

Another way of making money is by completing retainer ventures, which are missions that you can send your retainers on. This is a very easy way of making money, that takes very little time. Retainer ventures reward you with experience and Gil. You should try to send your retainers on as many ventures as possible, because the more that they complete, the higher their level becomes, and the better your rewards will be. While retainer ventures certainly aren’t the best way of making Gil, they are a good, constant revenue source that you don’t have to do much to earn. Before you can start, you need to get a venture currency, which you can get from completing beast tribe quests, guildleves, or buying them from the grand company vendor.

You can get treasure maps as a high level ‘disciple of the land’ (fishermen, botanists, and miners), while you are gathering. It is also possible to purchase treasure maps in the game’s marketplace. Once you complete the treasures and tribulations quest, you can decipher these maps, and go on treasure hunts yourself. Bear in mind, however, you can only use and keep a single treasure map at one time. For this reason, you should send your surplus maps to a friend to hold, while you are using yours.

You also need to bear in mind that treasure maps are unpredictable. You can’t guarantee that you are going to get anything useful, though if you continue doing them it will wind up being profitable eventually. If you find the maps yourself while gathering, then you can sell them directly to other players on the marketplace which is very lucrative. In addition to treasure hunts, you can also try out grand company hunts, which are equally as lucrative.

Beast tribe quests will reward you with a small amount of Gil, ventures, or tomestones. By completing them, your reputation grows, which ultimately leads to you being able to access unique materials and items that can turn out to be very profitable. You can then sell this equipment to players who aren’t a high enough level and don’t have access to this stuff. Beast tribe quests are very easy to complete, and a very effective method of making money. They are definitely something that you should consider doing.

If you play Final Fantasy XIV, then the chances are that you will want to earn some extra Gil. This article’s suggestions are by far the most effective methods of making Gil, and acquiring other items, in the game.

The Ins And Outs Of Gaming Discord Servers