Ease of Getting Online Loans in the 21st Century

The year has changed, and so have the seasons. Summertime is the best of them all, won’t you agree? It gives us a chance to visit friends, grandparents, and other special people in our lives to catch up with things. The summer season can even cause one to bring out the old bicycle and roam around town. After all, it’s a beautiful day. Who knows when it will happen again. You’re unfamiliar with the new neighborhood yet a familiar feeling loom wherever you turn your bike. You’re unaware that several streets are being rebuilt, and so, your bike strikes a pothole as you turn a bend, and you fall to the ground. You get up, brush yourself off, and take a look around. Fortunately, you’re unharmed with only a minor scrape on your leg. That is until you see it.

Your nice new phone lies face down on the sidewalk. Cue in the dread and anxiety: is the screen damaged or is it fully intact? Modern mobile phones are built differently nowadays. These devices are quite powerful when it comes to their functions and capabilities. Their screens are also almost as wide as the device itself. But just how much force can they take before they crack?

In today’s Product Fight, we will discuss about two of the most well-used screens for portable gadgets by any brands.

Corning recently announced its newest generation of Gorilla Glass, the chemical toughened super-glass used by dozens of consumer electronics manufacturers. The new glass, dubbed Gorilla Glass Victus, was created to increase the drop performance of electronics dropped from a specified height precisely, waist height to shoulder height onto uneven surfaces. Selfie-takers rejoice! Corning claims that when dropped from 1.6 meters, Gorilla Glass Victus survives up to 80% all the time.

According to Corning’s internal data, 85 percent of smartphone owners have dropped their phones at least once in the last year, with two-thirds of those drops occurring between waist and shoulder height. So, while prior iterations of the glass were tough, they weren’t as tough if you dropped your phone while taking a picture or getting it out of your pocket. And because rough surfaces are especially harsh on fragile devices, Corning spent a lot of time researching and developing the new glass by dropping it on rough surfaces.

In 2007, Gorilla Glass first appeared in consumer electronics products. Since then, the business has improved the glass’ overall durability and scratch resistance while also thinning it. Global smartphone penetration was barely around 10% when Gorilla Glass was initially released; now, it’s around 75%. The creator of Gorilla Glass claims to have sold 4.5 billion gadget units with their glass. Samsung, HTC, Asus, LG, HP, Huawei, Lenovo, and other undisclosed device makers have all used the glass in their smartphones.

Apple’s new iPhone 12 is protected by a brand-new type of glass known as Ceramic Shield, which the company claims are the hardest glass ever used on a smartphone. Every year, Apple makes a similar claim about their glass, but this year could be different because this isn’t your average glass. The ceramic shield that protects the screen looks and feels like glass, but it is actually a blend of glass and ceramic, as the name suggests, which is harder than most metals. It’s a brand-new iPhone cover material that’s nothing like anything we’ve seen before.

The ceramic shield just protects the iPhone 12’s front or screen. The glass of its back is the same as those in iPhone 11 last year, which Apple claims is the hardest in the industry. Corning manufactures both types of glass. Aside from the glass, the design is another aspect that could affect how well this phone withstands drops. The iPhone 12’s glass is flush with the metal frame, rather than curving up like prior generations, which exposed more glass. Apple claims that only the design option will make the back and front of the iPhone X twice as durable as previous versions.

For 3 feet slide-down test, try putting your phone in and out of your pocket. It’s one of the most common occasions you’ll drop it. While dropping a phone from hip-height is generally safe, the screen will likely be cracked if it lands on the street or sidewalk. The top of the iPhone 12 hits the ground first, then the bottom when dropped from the hip height. Then it bounced about a bit further before resting flat on the sidewalk, screen side down. You’ll notice that the phone’s aluminum frame has a few minor dents around the edges, but nothing major.

Moreover, ceramic shield is a new protective glass covering on Apple’s iPhone 12. Scratch resistance is also their new feature. Glass protection hasn’t always been Apple’s strong suit, so this appears to be a significant step forward. The key advantage of this ceramic technique is its low defect count and toughness. On the other hand, ceramics are not normally as translucent as conventional glass. We’ve seen ceramic glass on the back of smartphones previously, such as the Samsung Galaxy S10 + from 2019, but it’s less common as a display protector for this reason.

The Key Difference Between the Two

Apple claims that the iPhone 12 is four times more resistant to drops than the iPhone 11. These improvements can’t be attributed solely to Ceramic Shield, but rather to both Ceramic Shield and the design, which places the glass flush with the very robust stainless steel side frame. The Gorilla Glass Victus improves drop resistance to 2-meters from 1.6-meters.

Glass is a noncrystalline material, meaning that the atoms that make it up have no particular order or structure, and it’s generally translucent in appearance. Ceramic is typically defined as glass that has been superheated till it forms a crystalline structure with organized atoms. Consider a grid made out of spherical magnets that snap together to form a grid. Typically, ceramic is opaque.

The Similarities Between the Two

Both devices perform similarly well in the drop test, and the few irregularities can be attributed to sheer luck and positioning. But both excel in drop-test, which is very good news for those who often drop their phone at waist level. Additionally, Gorilla Glass is reported to be four times scratch-resistant than its competitors and twice as scratch-resistant as the previous version. While according to Apple, the Ceramic Shield has gone through the same dual-ion process as the phone’s back glass, the same glass at the back of the iPhone 11.

It means that they both improved the quality of their product compared to the previous version they have. The drop test shows that both can handle at least waist level height fall, and the scratch test shows that both of them are capable of holding until level 6 and more if tested thoroughly.

Which is the Winner?

Smartphones aren’t inexpensive. While there are many arguments for and against purchasing a screen protector, there isn’t much to lose. Paying a small amount for screen-free micro-scratches, comfort, and convenience is still a good price. Though you have a Gorilla Glass Victus or Ceramic Shield by your side, it is even safer just to have one screen protector with your beloved gadget.

Yes. They can actually help you to protect your screens from scratches and prevent them from breaking easily.

When was the first screen protector made?

Herbert Schlegel, in 1968, created the first-ever screen protector for the television screen.

What was the first screen protector made of?

Polyethylene Terephthalate is the main component of the thin first screen protector and will provide you with extra impact protection and scratch resistance.

Is the sapphire screen protector worth it?

Is the screen protector waterproof resistant?

Are You Looking for a Good Quality Product?

Come and check the most popular products today and see what they can do. Product Fight has got you covered in this regard! Whether it is for Lawn & Garden, Electronics, and Computer & Accessories, you can trust us to provide you with the best and only the best. 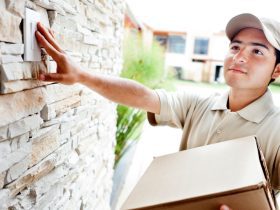 What is The Big Deal about a Smart Doorbell? 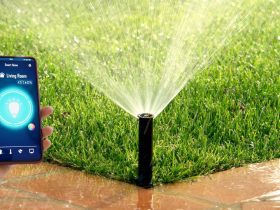 The Benefits of Having a Smart Sprinkler System