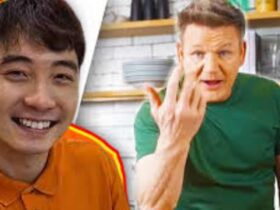 James Corden, British comic actor, writer, and television personality, known for his likability and self-deprecating humour. He first garnered attention for his stage and TV roles and later became the host of The Late Late Show on CBS was forced to reveal the one celebrity that who has disappointed him during his show during his own show’s segment called “Spill Your Guts or Fill Your Guts”

James Corden invites a terrified Cher to a game of Spill Your Guts or Fill Your Guts, where each pose very personal questions leaving them with a choice: eat the delicacies in front of them, like a fish and chips smoothie,Cow tongue, Pork Blood Jelly or even a thousand year old egg to have these delicacies not eaten either party will have to answer the question truthfully.

Spilling your Guts with Demi Moore

On Last night (Wednesday) Corden had invited the famous American actress Demi Moore to join him with a round of his favourite game Spill your guts, During this segment, The guest actress asks a question from the famous host

Question: James, you have had so many people every day on your show, Name one celebrity who has disappointed you?

The question seems to be obviously giving James a hard time to decide whether to answer it honestly or let himself taste the most awful smoothie. James takes his time and decides to spill his guts by revealing the truth!

Who Exactly is this mystery man?

James finally admits that the Rapper Rick Ross was the one person that had him disappointed.

Poor Rick Ross! However, James had his reasons behind this big reveal!

Watch the entire episode below!