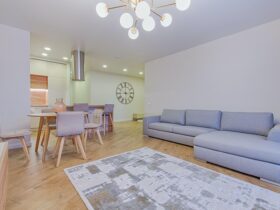 Campus VS Student Housing: What is Better?

There are health conditions specific to men that people often fail to consider with seriousness, and out of the wrong notion that such conditions are “awkward” to seek medical advice for. But matters such as how to treat premature ejaculation and similar ailments are medical challenges that claim importance.

Thus, we’re here to give you a quick rundown of what it is, what causes it, and what you can do about it.

Premature ejaculation, or PE, occurs when a man orgasms too soon, and often within less than a minute after sexual intercourse has begun. It can leave the act of coitus itself unsatisfactory, and let men be frustrated, and even distressed, regarding sex. And when left untreated, it may arise to low self-esteem as well.

But it’s important to note that PE is quite common in men. In fact, studies reveal that around 40% of the world’s male population experience this at one point or another, in their lifetime. Thus, it’s safe to say that if you go through premature ejaculation occasionally, it shouldn’t worry you too much.

Anxiety, Depression, And/ Or Stress

The major factors that contribute to premature ejaculation are linked to your emotional and mental health. Though the reason for this linkage is still continually being studied and researched, many conclude that when serotonin levels in your nervous system are imbalanced, this affects sexual capacity altogether.

Serotonin is a hormone that regulates mood. The higher they are, the more one can sense a rush of “well-being”. It’s also known as the “happy hormone.” So when you’re anxious or are stressed (and this can happen often as your surroundings are teeming with different types of stressors), your serotonin levels will dip. And in doing so, will inadvertently slow the way the brain transmits signals so that blood flows in an unstable manner and ejaculate comes too quickly.

There are also physical conditions that are causes of premature ejaculation. These are considered “rare” since they aren’t as common when compared to the first. Having neurotransmitter irregularity is one. This means that when signals are slow in leaving your brain to reach the rest of your bodily functions, the latter fails to operate as timely and as effectively as they should (and this is not limited only to sexual intercourse).

Infections in the urethra and/ or prostate also impede proper erection and ejaculation. This is because infections in this penile tube will make erection more difficult to achieve. Or that erection will not last as long as it averagely should.

If you belong in the first category, that PE transpires infrequently and that it’s traced back to anxiety and stress, then you might be referred to medical professionals who specialize in the field of mental health.

As for the second category, you’ll have to undergo a series of tests to properly diagnose the underlying health condition causing premature ejaculation. For this, you will be prescribed medication, first, to treat the health issue.

You may inquire about supplements that can aid with prolonging erections. There are a number of them, and several are certified and are available even online. You’ll have to be vigilant about where to get your supply from to make sure they’ve been tested safe so consult with your physician before making your purchase. 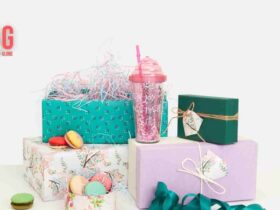