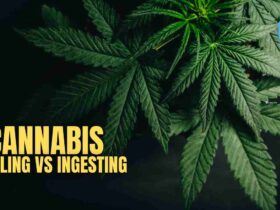 Did you know that more than 18% of people in the United States alone have used cannabis at least once in their lives? Since cannabis and cannabis products are becoming legal in most states, it makes sense that cannabis, in general, is becoming more popular and that more people want to try it. While there are cannabis gummies and brownies and all sorts of other products, the most traditional way to use cannabis is to roll a joint.

You might be wondering what you should consider if you’ve never rolled a joint before. Keep reading and learn how to roll a blunt like a pro below.

When you smoke weed, you are smoking the buds (also known as flower) of the marijuana plant. While the marijuana plant may be most recognizable by the shape of its leaves, the buds it produces are the most important part. That is because the buds are full of cannabinoids such as CBD and THC.

Since THC is the cannabinoid that produces a psychoactive high, it only makes sense to smoke the buds to achieve that effect. You no doubt have already seen cannabis buds. They look like chunky bunches of leaves covered in a fuzzy layer.

If you hold these buds in your hand, you will notice that they are quite dry and crumbly. When you roll a blunt, the last thing you want to do is end up with a clumpy joint. This is because a joint that isn’t even will result in a bad smoke because some parts of the joint will be overstuffed with cannabis while other parts might not be stuffed enough.

The way you can get your joint even is by using a grinder. Some people try to break up the cannabis buds with their hands, but this will only create small chunks of cannabis which can still make your joint lumpy. A grinder is the only way in which you can grind down the cannabis buds into very fine leaves.

A grinder is a small, often round device that you can hold in your hand. It has little blades inside and a space to put the buds inside. Once you put some buds inside and close the grinder, twist the device back and forth in your hand to grind the buds.

After a few moments, the buds will be perfectly ground and ready to roll.

Get Your Rolling Papers Out and Make Some Space

You will want to make sure you have plenty of space to work with when you roll your joint. If you are surrounded by clutter, you might start accidentally knocking things over which can make you frustrated. If you’ve never rolled a joint before, you’ll want to be calm because it can be annoying at first.

But once you get the hang of it, it should be like second nature to you. Once you clear off some space and have a flat area at your disposal, get out your rolling papers. There are different types of rolling papers and some are easier to roll than others.

To start, put a piece of rolling paper down on a table and grab a pinch of the cannabis you ground up. Line the cannabis down the middle of the rolling paper (along the length). Don’t worry too much about lining up the cannabis perfectly because you’ll be able to fix its distribution later.

If you’re new to smoking marijuana, don’t overfill your joint since you might not be able to finish it (and you won’t want to waste perfectly good cannabis). The next step is to fold the rolling paper into a taco. This will allow the cannabis inside to line up very neatly.

At this point, you can add a filter to one end if you want, but it isn’t necessary. However, a filter can make sure that none of the cannabis falls out of the joint. You also won’t end up burning your fingers either.

Packing and Rolling the Joint

Once you have your taco-joint, you’ll want to roll the paper back and forth until you can tuck one side of the paper into the other. You will be able to shape the joint as you do this by rolling the cannabis between your fingers within the rolling paper. This will allow you to make sure that the cannabis is evenly distributed throughout the joint.

If you are having trouble rolling and shaping the joint, you may have not ground up the cannabis finely enough. The joint shouldn’t be straight like a cigarette. Rather, it should be in the shape of a cone.

Once you’re finished packing the joint, it’s time to rock and roll (or just roll). Lick one side of the rolling paper or use the adhesive side to seal the joint. Then, you should have a pretty high-quality joint in your hands.

If rolling is too much of a task for you and if you need to roll a lot of joints, you could try investing in a commercial joint rolling machine for faster and more uniform results.

How to Roll a Joint

It doesn’t have to be difficult to roll a joint as long as you know the steps to take. As long as you grind your buds and pack the joint in the right fashion, you should have the perfect joint as a result. 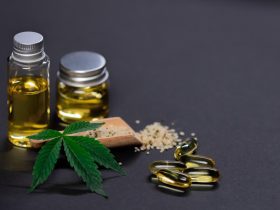 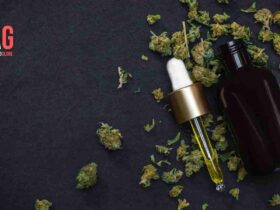 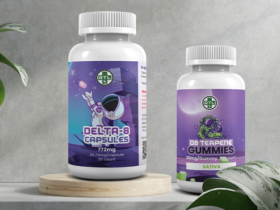 The Facts About Delta 8 THC 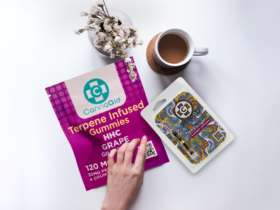 How Does HHC Differ from Delta 8?