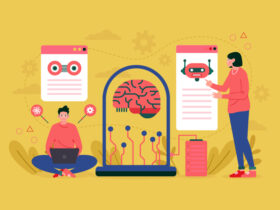 How AI can benefit Entrepreneurs and Small Businesses in 2022

The tech industry is one of the few that flourished amid the Covid-19 pandemic. While many businesses were forced to shut down or lay off thousands in the United States, tech companies continued to recruit experts. This has been due to several factors. For starters, tech workers can work from home efficiently without facing challenges. Secondly, the demand for tech specialists surged significantly because other industries started relying on remote work and they needed tech tools for that. Still, tech salaries have changed significantly in Silicon Valley, San Francisco, the primary tech hub in the United States.

Almost every major tech company in the world set their headquarters at Silicon Valley for good reasons. This has made the San Francisco Bay area an attractive city for anyone who wants to chase a career in the tech industry. However, the price they have to pay for staying in Silicon Valley is incredibly high. Rent, food, and transportation cost an arm and a leg in the city. The good news is that their tech salaries are the highest in the United States.

The average Silicon Valley tech worker earns around $150,000 but it can be as high as $180,000 annually. Some Tech startups pay around $80,000 to $100,000 for entry-level tech experts. The point is that Silicon Valley companies pay more than others in the United States. This makes up for the expensive cost of living in the city but tech workers are not satisfied with their salaries. They want more money but the companies are not willing to budge.

Since the Covid-19 pandemic started in December 2019, remote work has been the gold standard in many tech companies, especially in the United States. Tech workers, such as web developers and data scientists, can now work from home without lagging in the quality of their jobs. Most of them have claimed that they can do more work from home than from their offices. Now, hundreds of Valley workers are fleeing the San Francisco Bay area and moving to cheaper states. Because they are all working remotely in this coronavirus era, they don’t believe that they need to keep paying big cash for the Silicon Valley lifestyle.

Individual workers aren’t the only ones relocating. Companies have been moving away from the San Francisco Bay area as well. One of the latest companies to announce relocation plans is Oracle Corp. This tech company currently has a valuation of more than $180 billion. It announced that it will be relocating from the Bay area. Oracle Corp decided to move its headquarters to Austin, Texas. The firm claims that they decided to relocate because they are implementing a more flexible remote work policy for workers.

The latest news about Oracle’s relocation is coming shortly after Hewlett Packard Enterprise Co announced that they will be moving their main branch from Silicon Valley to Huston, Texas. Even the CEO of Tesla, Elon Musk, has announced that his firm will relocate from the Valley to Texas. According to the tech guru, the state’s policies are too restrictive and Texas is a better alternative.

There have also been talks about the blockchain-based company Ripple moving their headquarters from Silicon Valley to an entirely different country. The CEO of the company, Brad Garlinghouse, said that they are thinking of moving out of the country because the regulatory authorities in the United States aren’t favorable to cryptocurrencies and blockchain technology.

Many tech workers have said that they prefer remote jobs to office work. They claim that they will continue to work remotely even when the coronavirus threat is over and things have gone back to normal. This isn’t going to be a problem since working from home is easy for them. However, if these San Francisco-based companies continue to slash salaries, many of these people will take their talents elsewhere.