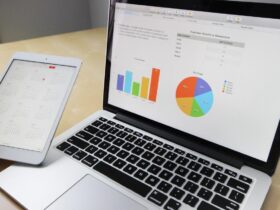 7 Skills Students of Data Analytics Must Have

Earth formed around 4.5 billion years ago, around one-third the total age of the universe. For a long period in the history of our planet, there was a hostile and inhospitable volcanic environment. Because of this, it’s difficult to imagine any sort of life being viable in those types of conditions.

Thanks to constant developments in technology, specifically the invention of the microscope, and an ever-increasing interest in more thoroughly researching scientific life, we now know that life was made possible because of the existence of cells instead of simply arising from nonliving matter.

The cell is one of the most elegantly designed yet highly complex systems that humans have ever observed. And there’s a lot to learn about what they are, how they function, and the many parts that make up a cell.

You may be asking yourself questions like what is cell theory? How do organelles function? More importantly, what are organelles?

Whatever you need to know, this article will help you out.

The Nature And Function Of Cells

Cells are the fundamental building blocks for all living creatures. The human body is the most impressive example. Because we have so many cells in our body (trillions of them), we can do millions of things all at once without us even realizing it; from sending electrical impulses to pumping blood and digesting food.

The human body can do all this subconsciously as it is entirely made up of cells. These are tiny units of life that operate like a specialized factory, with all the right machinery to accomplish their assigned role. In this regard, the “job” is keeping the cell alive.

A cell has many different parts. Two of the most important regions are the cytoplasm and the nucleus. The nucleus contains DNA that comes in the form of chromosomes and is covered by a nuclear envelope. Cytoplasm, on the other hand, is a fluid matrix that surrounds the nucleus and is bound by the outer membrane of the cell.

A cell is covered with a plasma membrane which forms a selective barrier that allows the entrance of nutrients and the removal of waste products. The cell interior is organized into various compartments known as organelles that are each enclosed in separate membranes.

What Is Cell Theory?

Overall, cell theory states that the cell is a fundamental functional and structural unit of all living matter. The first classical cell theory was proposed in 1939 by German physiologist Theodor Schwann and German botanist Matthias Schleiden. It marked a conceptual advancement in biology and redirected attention to the processes that occur in cells.

There are three major components of this theory.

Since cell theory first emerged there have been significant advancements in technology. This has allowed for more thorough and detailed observations of cells and has subsequently led to discoveries about their overall function in the body.

The combination of these findings has developed to form the modern-day cell theory. This also has three specific components;

The Importance Of Cell Theory

Before the existence of cell theory, people had a much more varied view of biology. Lots of individuals believed in the concept of spontaneous generation; the simple-sounding idea that living organisms can form from non-living matter. An example of this would be a piece of rotten meat creating flies because flies often appear around rotten meat.

Additionally, before cell theory was discovered, it wasn’t common knowledge that human beings, in addition to other living organisms, are made up of trillions of tiny building blocks that work to control many biological processes.

The cell theory has fundamentally altered the way that we view life. It also remains a crucial principle in the field of biology that lots of people take for granted.

Knowing about cell theory — that all living things consist of cells — helps us understand just how organisms are formed, how they grow, and how they die. It also shows us other vital things including why organisms take on a particular form, the way that diseases can be managed, and how cancer spreads. The study of cells can even help to develop our fundamental understanding of key issues like life and death.

Organelles are the organs that exist within the cell. The term translates literally to “little organs” which is quite telling as each of these subcellular structures has its purpose and function that works to keep the cell alive, much like our organs do within our bodies.

Organelles are part of several important cell processes. Notably, they are included in the response to external signals, the production of energy, and also getting rid of toxins (or potential toxins). They can be broken down into two groups; non-membranous and membranous.

Cells are generally put into two different categories, prokaryotic cells, and eukaryotic cells, both of which are easily identifiable from the other by the presence of the nucleus (one of the most vital organelle.) Among the important cell, organelles are the nuclei that work to produce lots of chemical energy, and the mitochondria help to assemble proteins and stores genetic information.

Despite this, prokaryotic cells are extremely important to every living organism. They also play a large role in recycling nutrients and aiding metabolic processes.

However, they are much less organized than any eukaryotic cells. This is because they lack internal organelles which reduce the overall efficiency of the cells when performing relevant functions. Some specialized prokaryotic cells come with membrane networks that allow the cell to perform important functions like cellular respiration and photosynthesis.

There are several different types of organelles, especially in eukaryotic cells, that have structures that help to make up the endomembrane system. But the most important one in this type of cell is the nucleus. This is because it’s the sight where the DNA of the cell is housed — essentially, the “genetic hub” of a cell.

Eukaryotic cells feature the specialized cellular structures called organelles which are used to perform certain functions including aiding in the digestion of waste and respiration. Eukaryotic cells that have organelles have evolved efficiently using energy and nutrients. As a result, they grow to be much bigger than prokaryotic cells.

Eukaryotic cells have more organelles than prokaryotic cells which means their overall cellular processes are much more efficient.

On the other hand, membranous organelles have a plasma membrane that creates a lumen that is separate from the cytoplasm. This could mean the degradation of macromolecules or be the location of hormone synthesis.

Several organelles perform different functions and have set roles within a cell to help it survive. Some organelles are more commonly seen than others, whereas some can only be found in particular organisms. For example, you can only find chloroplasts in some algae and plant cells.

Protects and contains a large amount of the cell’s genetic material. This controls the cell’s actions via gene expression.

This organelle is responsible for the production of adenosine triphosphate (ATP) which is a chemical used for energy by different organisms. Cells typically contain lots of mitochondria: all with an outer membrane that encases the organelle and an inner membrane that folds several times over to create a crista, which is a multi-layered structure.

The fluid that can be seen inside of the mitochondria is also referred to as the matrix. This is typically full of mitochondrial DNA and proteins.

This is another organelle that features a double membrane and can also retain its DNA. In contrast to mitochondria, the inner membrane of chloroplasts is not folded over but instead has a thylakoid membrane (a third internal membrane) that is usually folded. They are also present only in plant cells.

Chloroplasts are responsible for converting light from the sun into energy via a process commonly known as photosynthesis. They convert carbon dioxide into glucose and eventually produce oxygen as a byproduct.

These are embedded enzymes which are proteins that actively break down compounds and macromolecules such as carbohydrates, phospholipids, and amino acids. Lysosomes are also responsible for recycling and digesting waste and toxic substances.

Lysosomes are produced by a larger organelle called the Golgi complex. These organelles are in charge of manufacturing other parts of the cell, too. And, when a cell dies, it can self-destruct using its lysosomes.

And, finally, it’s important to note that all organelles must be compartmentalized to allow a higher concentration of acid, proteins, or other necessary substances. This ensures that a particular function within the cell can be carried out.

Thanks to early pioneers in the field, and the detailed research they carried out, scientists are now equipped with the right kind of knowledge to make assumptions about how a cell operates — and so we can also eagerly look forward to more exciting discoveries and revelations in the future. 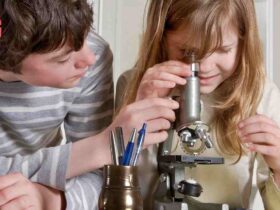 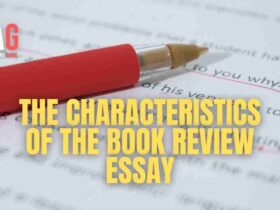 The characteristics of the book review essay 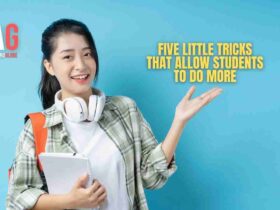