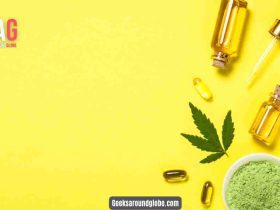 Wellness and CBD: How can CBD help you fight stress and anxiety?

Cannabis is a complex thing which can have a different potency depending on how you are consuming it. While there are a range of different methods, inhalation and ingestion are the most common forms of consumption.

This is a closer look into the pros and cons of each, to allow you to decide what would be the most appropriate approach to it. Some people choose to ingest cannabis because there is slightly more control, whereas others prefer to smoke or inhale in order to feel the effect straight away.

Vaping cannabis has become increasingly popular recently due to its fast-acting effects. according to Cannabutter Digest, it is considered to be less damaging to the lungs compared with smoking. Most vapes come preloaded with concentrates such as waxes, oils, or shatter.

When you are smoking pot, the immediate time in which you will feel an effect can begin seconds after inhaling. This is one of the fastest initial response times. There is also minimal equipment needed compared with other methods of marijuana consumption. Because of this, it is easier for more people to do it, and there is minimal preparation needed.

Another problem with smoking cannabis is that it releases THC (the psychoactive compound) slowly over time. This means that if someone smokes a joint all at once, they won’t get high right away, but instead will feel more relaxed or mellow for several hours. The weed potency needs to get from the lungs, into the bloodstream, and then the brain.

If someone smokes a lot of cannabis at once, this will not peak until about 30 minutes after inhalation. This means that if you smoke too much at once, you may experience an overdose. You could also end up with a bad headache, nausea, vomiting, dizziness or even hallucinations.

One of the main ways that people are ingesting cannabis is by purchasing or making their own edibles. Throughout history, edibles have been made with butter, oil, honey, and other ingredients. There are many interesting recipes for these products, some are more potent than others. There are also a selection of unique flavors and aromas which have been explored.

Because they are made into foods or baked goods, edibles can easily be shared with friends. They are also a perfect way to satisfy cravings once they start to kick in, because you will have a tasty snack ready.

People who consume edibles have a little more control over their dosage. This means that they can use CBD and THC as a pain reliever. Because the majority of edibles have been baked in an oven, the psychoactive effects are much lower. This makes them an ideal choice for someone who needs some pain or anxiety management without the effects of getting high per se.

Compared with smoking, the effect of edibles lasts much longer. This is due to how the body processes the substance and how it entered the bloodstream.

Because the pot has to reach your stomach and then enter the bloodstream, the initial effects can take a little longer to kick in. This can make it more tempting to consume more before allowing the initial dosage the chance to work.

Another common drawback of using edibles is that the flavor isn’t great when it isn’t being masked with other ingredients. This means that edibles can have a slightly earthy taste and smell if the proportions are slightly out. That is why the majority of edibles are very sweet, because they have attempted to mask the taste with other strong flavors like chocolate or peanut butter.

Cannabis is a surprisingly complex thing that can be consumed in many forms. Depending on how you choose to consume it will influence how long it takes to feel the effects in the end. Inhaling is generally worse for your lungs, but it has a more potent effect on the body.

In comparison, edibles can be an ideal way of using cannabis as a pain reliever. This is because of the slightly reduced potency and the longer duration that the effects typically last for. There is a long history of anxiety relief from both inhaling and ingesting cannabis, and it could be worth trying both out, depending on the type of effect you are going for. 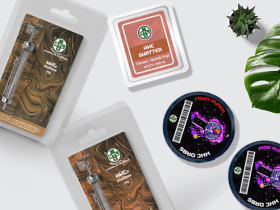 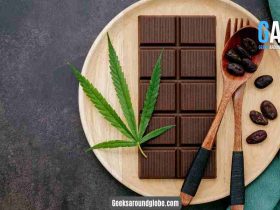 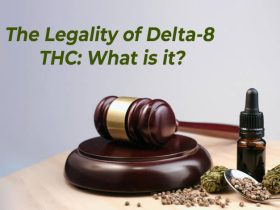 The Legality of Delta-8 THC: What is it?