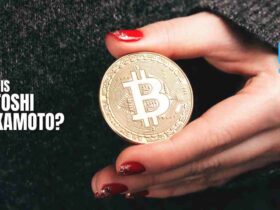 Here is all you need to know about Bitcoin inventor Satoshi Nakamoto?

There are two main types of cryptocurrencies hat top at the list in crypto trading, i.e., Bitcoin and Ethereum. If you are going to be investing in cryptocurrency price, it is essential that you learn about each one, as well as their differences.

You must have heard about both of the popular cryptocurrencies; Bitcoin and Ethereum.Additionally, you must also be very confused about which one to choose? Both offer unique features and are used in very different ways, making it important to understand the differences between them so you can decide if one will benefit your portfolio more than the other.

Below we’ll dive into both cryptocurrencies and examine what makes them stand out from one another. Here’s what you need to know about Bitcoin and Ethereum.

Bitcoin (BTC) is a new asset class with an associated cryptocurrency that can be used as digital money. Bitcoin was invented in 2009. The person or group of people created it, worked under the pseudonym of pseudonym Satoshi Nakamoto. Not much was revealed about the creator and the creator  and left itsinvention to an open-source community made up of developers from around the world. They use peer-to-peer technology to operate independently of any central authority, existing entirely in a decentralized network not controlled by any organization or government.

Vitalik Buterin, a Russian-Canadian programmer born in 1994 invented Ethereum in 2013. Like, Bitcoin, Ethereum, too, is known as a decentralized form of cryptocurrency that has smart contracts. It is an application that always work as it is programmed and never falls apart or face and third-part interference, or fraudulent. Ethereum runs on a highly powerful shared global blockchain system that represents the property ownership of every financial investor.

Bitcoin has been around since 2009 and is one of the most successful cryptocurrencies on the market today. It’s a peer-to-peer (P2P) payment network that allows users to send payments directly. The process of sending crypto from one wallet to another wallet occurs without any help intermediator. The system requires no central authority or middlemen in order to operate and is instead completely maintained by its network of users. Bitcoin has been used by millions worldwide and becoming more popular day by day. Because of its widespread popularity, Bitcoin trading can be profitable for both seasoned investors and new traders looking to learn more about cryptocurrency trading at Bitcoin Era.

Next comes Ethereum, the main competitor to Bitcoin; not just when it comes to cryptocurrencies; developers have also begun working on applications based on its blockchain technology, too. These days, many financial investors choose to invest in and trade Ether as it has been around for longer and is therefore more stable. If you’re already trading in Bitcoin, then it’s worth considering trading in Ethereum as well. It trades at a much lower price point than Bitcoin does and still boasts many of its parent currency’s most desirable features. The flip side is that Ether tends to be more expensive than Bitcoin, so if you don’t want or need many coins, it can make sense to choose Bitcoin instead.

Main Differences Between Bitcoin and Ethereum

While both Bitcoin and Ethereum are open-source cryptocurrencies, Bitcoin was designed as a peer-to-peer cash system while Ethereum allows developers to build decentralized applications. Another difference is that while Bitcoin’s average block time is 10 minutes, in Ethereum it takes around 17 seconds. Both currencies have value based on supply and demand, but since each has different uses it’s hard to determine which one will be more profitable for new investors.

At first glance, it seems as though you should invest in both Bitcoin and Ethereum. Both offer different features, but they share enough common ground that investing in one can help give you a deeper understanding of how cryptocurrency works. Happy investing!