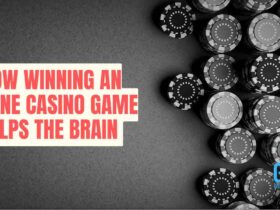 How Winning An Online Casino Game Helps The Brain

With the news that Manny Pacquiao has made the decision to end his boxing career to pursue politics further, the sport is losing one of its greats. The 42-year-old enjoyed a wonderful career, winning world championships in multiple divisions but has now opted to focus on a run for president in his homeland of the Philippines.

You only have to look back as closely as last month for Pacquiao’s last fight — a defeat to Cuban Yordenis Ugás in Las Vegas isn’t how the fighter’s legacy should be remembered. Having lost just eight times in a career spanning 72 fights, the ‘Pac Man’ would often head into the biggest occasions as favourite in the online betting with Betfair. and while it is sad that his career has come to an end, his decision to run for president of the Philippines has come at the twilight of his athletic prime.

He leaves us with plenty of good memories and with that in mind, here are some of Pacquiao’s most iconic bouts now he has hung up his gloves.

This was a watershed moment in Pacquiao’s career. Coming all the way from the Philippines to establish himself, especially on the undercard of Lennox Lewis vs Mike Tyson.

He faced a formidable opponent in the unbeaten Jorge Eliécer Julio. Already 44 wins in, the Colombian was expected to dominate the fight but it was the quickness of the Pac Man which caused a second-round stoppage. The ferocity and ruthlessness of the diminutive striker, coupled with his unique style meant Julio could never really get going and the fight was over before the Tennessee crowd were really able to comprehend what they had just witnessed. Pacquiao would carry this good form into further wins against Marco Antonio Barrera and Juan Manuel Márquez as a featherweight.

As the first decade of the new millennium was reaching its conclusion, there was perhaps no boxer in the world more confident than Ricky Hatton. The brash Brit was quickly left to eat his words as he was outclassed by Pacquiao in almost every round. Hatton’s chin is the only reason he lasted as long as he did but soaking up shots couldn’t last forever and the Mancunian was quickly subjected to a second-round knockout. The fight cemented Pac Man as one of the most dangerous around, with the MGM Grand rupturing into a vociferous bearpit once the Philippines devastating left hook landed.

Dubbed ‘the Fight of the Century’ this was a rare loss for Pacquiao but for the pure spectacle of the fight and the build up for the monumental occasion, it certainly deserves a mention. Even the best betting tips struggled to pick a winner for this one and the anticipation duly delivered, with Mayweather winning via decision.

The fight started extremely close and cemented the duo as two of the best boxers the sport has ever seen. With front row seats costing up to a quarter of a million dollars, there is a reason ‘Money’ Mayweather soaked up the boos from the Vegas crowd and put in a strong shift as the fight went the distance. Pacquiao can take pride in his performance for a bout that will live long in the memory.