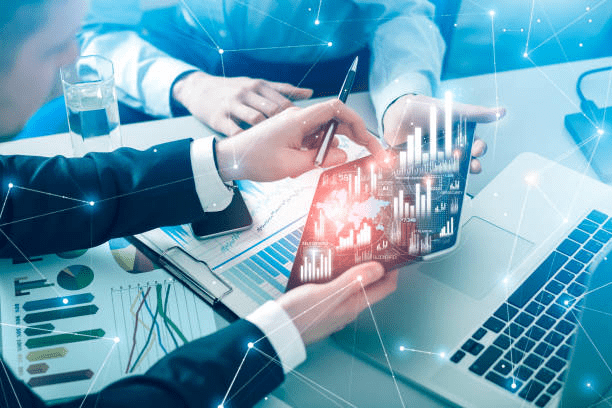 Understanding Data Security: The In’s and Out’s of Protecting Our Information

Go toward the light. There’s a lot you can find out about it.

But their minds shouldn’t be on LEDs. They should focus on optics.

What is optics? How does light behave, and why does its behavior matter? Who has studied the behavior of light, and what are common applications for what they have found?

Answer these questions and you can enrich your knowledge of physics and light. Here is your quick guide.

1. Light Is All About Optics

Optics is a component of physics that examines the properties of light. Physics examines how objects move and change through time. Optical scientists find ways of detecting light and measuring how it moves and affects objects.

You may have seen a beam of light pass through a prism and create different colors. This is all about physics.

As the beam of light travels through the prism, it changes direction. By the time it gets to the other side, it has bent.

A white beam of light contains all colors, each of which has its own wavelength. When the beam bends, the wavelength changes, allowing each color to appear. This produces the rainbow you can see appearing on the other side.

2. Light Is a Wave and a Particle

For many years, scientists speculated about the nature of light. Some of them believed that light is a wave. When it passes through the prism, the wave changes its form to produce different colors.

Others believed that light is comprised of particles. When the light passes through, the particles disperse to make different colors.

The electromagnetic effect shows light can act like particles. When light strikes an object, it can knock away its electrons. Waves cannot do this, so there must be particles acting on objects.

Once you understand the nature of light, you can understand how it moves. Reflection occurs when light strikes a surface at a certain angle and rebounds from it at the same angle. You can see this in a mirror.

Refraction occurs when the direction changes. When you put an object in a glass of water and it appears bent, this is due to refraction. The light is changing direction through the water, creating an illusion.

Diffraction occurs when light encounters an opening or obstacle. The waves bend, creating the appearance of several circles.

An example is a solar glory. When sunlight passes through the mist, it changes directions. This creates several rings of light that seem like halos.

4. Optics Has an Interesting History

Optics dates back to antiquity. Ancient Egyptians built lenses and observed how the light changed directions. Scientists in ancient India devised theories, supposing that light was an element of matter.

During the Enlightenment, Isaac Newton developed his own theory for light. He determined that white light was a mix of colors that a prism could separate into parts. Though this was essentially correct, he did not get the facts that suggest why light behaves like this.

In the early 19th century, scientists discovered that light can act as waves and particles. The double-slit experiment involves passing particles through objects with two slits in them. The particles acted like a wave, dispersing when they hit another object.

Albert Einstein published a paper in 1905 discussing optics. He believed that light can transfer energy into objects, changing their electrons. This was the first paper on the photoelectric effect, which is now used in objects like solar cells.

5. Many Household Objects Use Optics

Look around your room, and you will find an object that relies on optics. Glasses rely substantially on optics. The lenses changes how light moves, angling it into the eyes so a person can see.

A film projector uses a convex lens. Light passes through it and disperses, filling an entire screen.

A magnifying glass also uses a convex lens. Light bends through it so objects appear bigger than they are.

6. The Eye Relies on Optics

At its core, the eye is a series of lenses. The aperture is located in the iris, and it controls the amount of light passing through the eye. The pupil also limits the rays that can enter, changing the quality of images.

Once light enters, it passes through the cornea and crystalline lens. The cornea has fixed power, while the crystalline lens changes shape. This allows a person to focus on objects that are close by and far away.

The lens refracts light. It then enters the posterior chamber, which acts as a screen that captures images. From there, the light is converted into signals that the brain registers.

7. The Sky Is Blue for a Reason

Refraction is the reason why the sky is blue. As mentioned previously, white light contains all colors. Each of them is at a different wavelength.

The color blue is at a shorter wavelength than red and orange. When sunlight passes through the air, the blue part knocks into charged particles.

Because it is at a short wavelength, it can cause those particles to move faster. This scatters the color blue and causes the sky to appear as such.

Optics examines how physics and light interact with each other. Light can act as waves and particles, which causes it to move in a few different ways.

The study of light dates back to ancient civilizations, including the Egyptians. Isaac Newton and Albert Einstein made important contributions to it.

You can find optics in many settings. Camera lenses rely on changing the angles of light.

Your eye uses several lenses to produce clear images. Even the color of the sky comes from how light refracts.