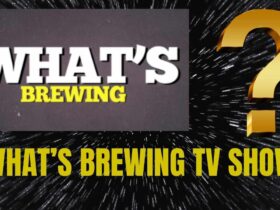 The animated television show Batman is the story of an iconic detective comic superhero. It is American TV series. The show is commonly known for its dark tone, and curiosity driving scriptive story. It has a huge fan base spread across the world but unfortunately, like all the good things “The Batman” television show got a sudden end in 1995. Don’t worry. There are several television shows to rival the vibe of Batman. Let’s check what they are.

1. The Adventures of Super Man

Super Man has a history. Jerry Siegel and Joe Shuster are the creators of “Super Man”. It is another superhero television show that is rooted in the comic book published in the mid-1930s. Wanna watch it now? Subscribe to Amazon instant video, iTunes, Vudu, or Google Play and enjoy.

This is a different kind of tv show. It follows a unique script. There are four characters. “Aang” is the main among them. He is the only air bender alive when the terrors call “Fire Nation” attack other nations. Each episode of the story delivers new hope for the audience. In some episodes, there are dramatic fights but some are super calm. The show has four seasons named after the elements ‘Water’, ‘Earth’, ‘Fire’, and ‘Air’. After the Avatar, the young boy called ‘Aang’ masters all four elements he stores the balance in the world. It has great deviations from the superhero concept but yet, but there is a huge fan base for the last Airbender tv series.

All superheroes are teamed up in the justice league to protect the world from criminals and other possible threats. Due to the good rating and the popularity the writers of justice league assigned batman as the leader of other superheroes such as wonder woman, the flash, superman, etc. The main difference between the Justice League and the Batman animated series is the team, instead of a single hero and the place of observation. It has added a new face to the tv show. Hence Justice League has won a good fan base around the globe and still, the tv show generates new leads day by day.

Batman animated series has high ratings on the IMDB and Rotten Tomatoes movie and television series critic websites. The show is old but still, it generates new leads. The Adventures of Superman, Avatar the Last Airbender, and the Justice League are similar tv shows to Batman. Each of them has a unique script and has won a unified fan base across the globe.