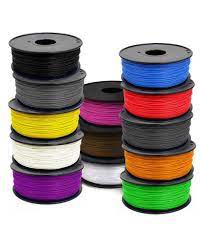 What is a 3D Printer Filament?

Movies have been around a long time, and every year hundreds are added to the zeitgeist. But some always stand out due to the recognition of certain lines.

No matter what kind of movie it is, there are always bound to be some lines that just end up being funny. Here are ten of the funniest movie lines that if you said them, anyone would recognize.

Not all of these lines come from comedies, but the lines are funny all the same. From romcoms to action thrillers, there’s always a funny line you can find.

Said by Colonel Ackbar of the Rebel Alliance in Star Wars: Return of the Jedi, this line has become an internet meme sensation, most of them probably used free meme templates. Unfortunately for all his fame, he died rather unceremoniously in The Last Jedi.

“Look like a bedazzler threw up on that thing . . . donate it to the My Little Pony Motorcycle club.”

Tiffany Haddish, the comedian who plays the eccentric and hilariously vulgar Dina in the movie, keeps it real with Jada Pinkett Smith’s character Lisa who made bedazzled jean vests for their crew.

One of the funniest movie quotes to date, this movie keeps you rolling while having a nice heartwarming purpose to the story.

Said by Scientist Peter Venkman (Bill Murray) after chasing a ghost, this line has been used in many ways. Not all of them are the most PG, but hey who’s really PG these days?

Exclaims the teacher as he calls Bueller’s name in attendance for the class. Everyone at one time or another wanted to just skip class like Ferris Bueller, and we all rooted for him on his day off.

“Keep the change, ya filthy animal!”

You kind of feel bad for the pizza guy right? Kevin (Macaulay Culkin) uses his VCR to answer the doorman with old gangster movies. He thinks he’s going to get filled with bullets and promptly gets out of there.

“I have nipples, Greg. Could you milk me?”

Robert DeNiro plays the stern Jack Burns and questions Ben Stiller’s Gaylord “Greg” Focker about his ever-growing white lie about growing up on a farm and milking cats. Greg says anything that has nipples can be milked. Sure, Gaylord.

“Welcome to earth! Now that’s what I call a close encounter.”

A sci-fi thriller starring many A-listers, Will Smith steals the show as Marine fighter Captain Steven “Steve” Hiller. When he shoots down the alien craft, he goes to inspect the ship and the alien promptly meets his fist.

This wasn’t supposed to be one of the funniest movie one liners, but it was. Even though Apollo died because of this, it ended up becoming an internet meme that people use in a litany of ways. Apollo’s son ended up fighting Ivan Drago’s son decades later.

This film directed by and starring Ice Cube is just a day in the life. But this wasn’t even the funniest line in the movie. That designation goes to… “You just got knocked the f*** out!”

“Napoleon, don’t be jealous that I’ve been chatting online with babes all day.”

One of the funniest comedy movie lines, Napolean Dynamite delivers so much material that people still say today. His older brother who stays online because of his ‘internet babes’ is the one who delivers this comedy gold.

Movie watching is a great pastime to do with your friends and family, and some of the funniest movie lines and greatest quotes we have in modern times come from these films.

Spend more time with your family over great food and greater movies because the options are, “To infinity and beyond!”

For other funny and interesting articles like this one, be sure to visit the rest of our blog.